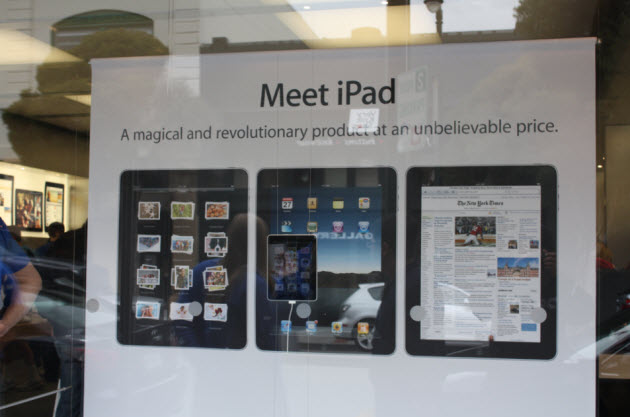 Unlike the early adopters who camped out early in San Francisco, I managed to waltz into an Apple Store in the Silicon Valley town of Los Gatos, just down the road from Apple’s world headquarters, this morning at the late hour of 11:45 a.m. and bought an iPad on opening day. I didn’t preorder and I didn’t even have to wait in line behind anyone. I was late because I had a soccer game to attend — like a lot of people in America who like gadgets just fine, but don’t put them ahead of their friends and families. 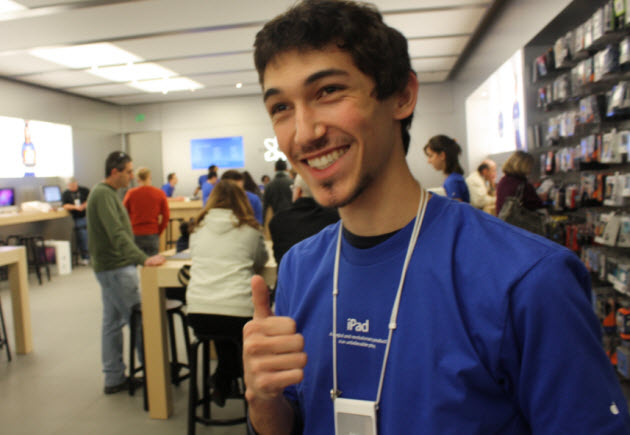 I was expecting to be turned away from the store, which gets a lot of traffic in downtown Los Gatos. There were huge signs in the window that said “Meet iPad.” Instead, I did not even have to flash my press credentials. There was a guy ahead of me who was asking how he could use the iPad’s 3G service in foreign countries. There were plenty of unoccupied Apple employees in blue shirts. I was shown inside by Apple store employee Edan.

Was I lucky? Or is this an indicator that the must-have gadget from Apple is not necessarily a must-have for most people, even in spitting distance of One Infinite Loop? There are other reports that people were able to walk into a store in the afternoon and buy one without a wait. Charles Wolf, an analyst at Needham & Co., expects Apple to sell 300,000 to 500,000 units on its first weekend. That’s at least $150 million in retail sales, which is pretty respectable — but may not have taxed Apple’s ever-expanding retail stores. 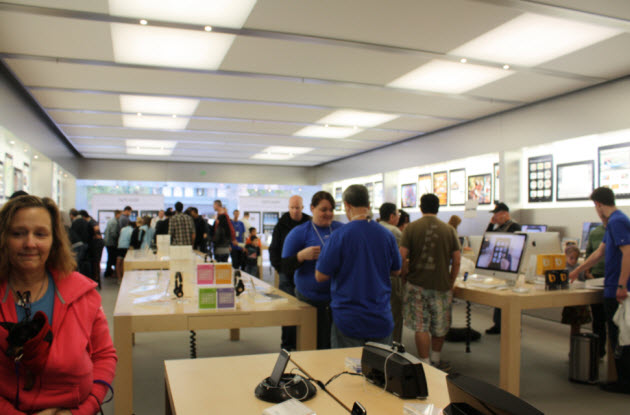 I passed by the crowd looking at a bunch of demo units at one table. I chose the least expensive model, the $499 Wi-Fi-only iPad with 16 gigabytes of memory. I got a $39.95 protective case for the iPad which lets you stand it upright or tilt it upward as you look at it. Edan checked me out using an iPhone with a point-of-sale attachment, now standard equipment at Apple’s stores.  He emailed the receipt to me and gave me a bag. It was fast. I handed over my credit card for the $595.77 total purchase. Then I was on my way. 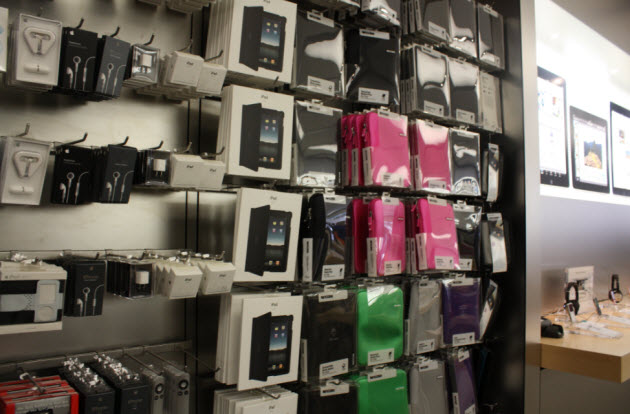 Either Apple has done a great job getting lots of supplies to stores, or there isn’t as much of a craze about this one as there was with lots of other Apple launches.

The packaging is simple. When I got home, I unwrapped it. There’s a charger and a very small set of pamphlets. The iPad was already charged. I had to upgrade to iTunes 9.1, and then I plugged in the iPad to my laptop with iTunes. You can’t ask for a simpler shopping experience than that. I realize there are lots of fans who enjoy waiting for hours in line and bonding with their fellow queue mates. I’d rather zip in and out and get on with the business of using the iPad. As would most potential iPad buyers, I suspect. If the goal is to simplify our lives, why make buying an iPad hard? 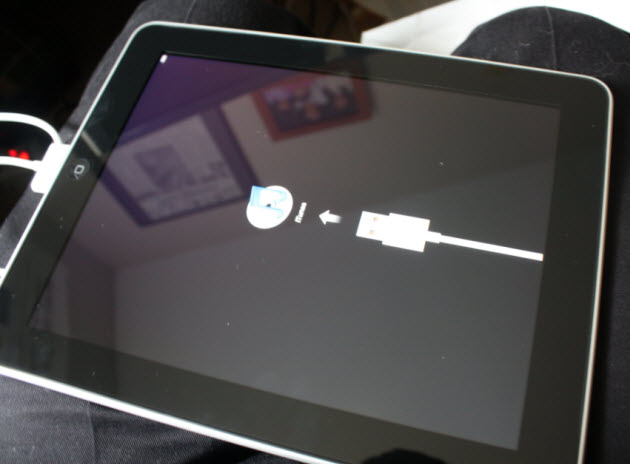