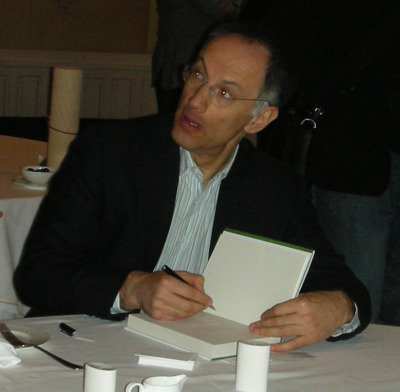 Tech pundits like to look forward, not back. But at a speaking appearance on Tuesday, Mike Moritz, a partner at Sequoia Capital, admitted to two regrets: passing on Netflix and never repairing his relationship with Apple CEO Steve Jobs.

Moritz appeared at the Rosewood Hotel on Sand Hill Road, the epicenter of the venture-capital business, at an event sponsored by Silicon Valley Bank to discuss his new book, Return to the Little Kingdom: Steve Jobs, the Creation of Apple, and How It Changed the World.

It’s available for purchase on the Amazon Kindle.

The book is actually a reissued and updated version of his original 1984 biography of Jobs, The Little Kingdom. And the reporting for that book, done when Moritz was a reporter for Time magazine, is part of what led him to his unlikely career as a venture capitalist.

“So much of what has happened has been associated with Apple and the tale of this extraordinary company that I find that Apple’s breadcrumbs are strewn across the path of my life,” said Moritz. “As a correspondent for Time magazine, I had this wonderful calling card.”

That access led him to Jobs, who had started work on the original Macintosh. 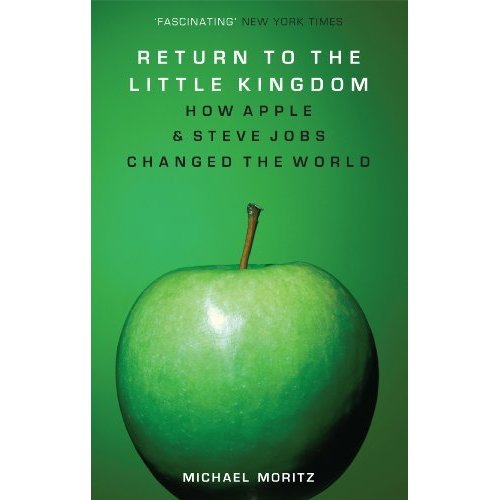 Then came Moritz’s editor at Time, who “poisoned with a gossipy benzene” a 1983 profile of Jobs for the magazine’s Man of the Year issue, Moritz wrote in his new book’s prologue. Jobs called Moritz repeatedly afterwards, leaving enraged messages on Moritz’s answering machine.

Moritz didn’t specify what about the profile angered Jobs, but the article included reporting on Jobs’s daughter born out of wedlock, Lisa Brennan-Jobs, whom Jobs subsequently acknowledged and whose name is apocryphally said to have inspired one of Apple’s computer lines. Moritz wrote that Jobs subsequently “banished” him from Apple and cut off all contact between his circle and the reporter.

Asked if he had ever managed to mend that rift, Moritz said, “Unfortunately not. If I were in Steve’s shoes, I think I would have reacted in a similar fashion. It was hard to say who was more irate at the time, Steve or me. But I think it has colored his relationship with the press ever since.”

Thirty years ago, Jobs was a supplicant to the mighty Time, hoping for coverage and fuming at the result. With the launch of the iPad, the shoe is on the other foot, of course. Thirty years ago, Time, which devoted a lavish cover to Apple’s new tablet computer, is now a mere vendor to Apple’s online newsstand.

Asked to comment on this turnabout, Moritz started to reminisce. “This is a pathetic little story,” he began. But then the former reporter remembered himself, and started talking about the industries Jobs has revolutionized. The telling of tales was in the past.