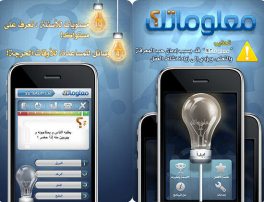 As noted in a new report from app stats analysts Distimo and the Mobile Entertainment Forum, M3lomatk’s $4 price has skewed the average app price for Apple’s top 10 in Kuwait, Saudi Arabia and the United Arab Emirates. Most of the top apps usually sell for 99 cents. Mansour combined localized trivia content and solid implementation of an Arabic app to make an addictive game.

The report notes that, as with the rest of the world, paid app prices have gradually declined in the Middle East. But there are other popular apps that have broken the 99-cent barrier: Arabs SMS, a $2.99 app that’s hot in the UAE and Qatar, and the $1.99 Find Mecca. These are all top 10 sellers, despite being two to four times the price of most apps. Maybe other app developers should just charge more and see what happens.