Editor's note: Community moderator and Bitmob fixture Toby Davis is back with another developer interview…. -Demian

When I think of MMO game developers with great pedigrees, Cryptic Studios is way up there. I had a chance to fire some random questions at Cryptic CCO Bill Roper and COO Jack Emmert — and naturally, I took it. Set phasers to…enjoy? Yeah, do that, then shoot yourself.

Toby Davis: For the readers who don’t know about Cryptic Studios, can you give us a little background about the company? And a preemptive follow-up: How did you come up with the company’s logo?

Jack Emmert: Cryptic was founded in 2000 by a group of five pretty naïve guys. Rick Dakan, one of these founders, had a great idea: make an MMORPG but with superheroes. I was a close friend of Rick’s and a voracious comic book reader. We joined up with three ex-Atari folks who were trying to get their company up and running: Cameron Petty, Bruce Rogers, and Matt Harvey. We launched City of Heroes and City of Villains in 2003 and 2004, respectively. Then we, for a short time, worked on the Marvel MMO, but then did Champions and Star Trek Online.

Matt was our art director who made the logo. He was from Detroit (and actually moved back there several years ago) and loved industrial, gritty stuff. 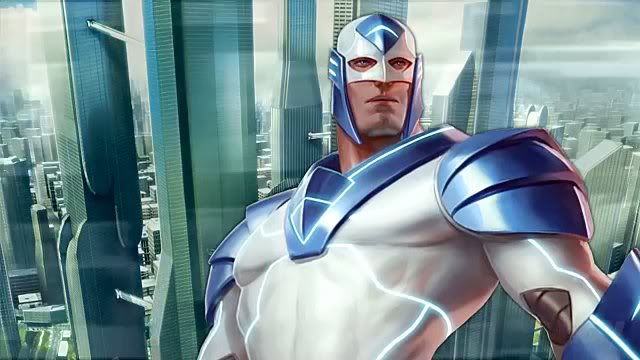 TD: So you've got the MMOs down — do you see Cryptic ever getting into other gaming genres?

Bill Roper: I play all sorts of games –maybe TOO many — so I’m up for making whatever is fun and interesting to play. I think that as an industry we need to be able to branch out from the stock MMO formulas.

TD: Some developers try to to "break the mold” when making a game. What are your thoughts on that, considering you've worked within the confines of the same genre so far?

JE: We’ve had a philosophy of targeted innovation. So with Champions, we added the Nemesis system. With STO, we had space combat and bridge crew.

BR: It’s a double-edged sword, especially with MMOs. If you don’t have everything from the “checklist” you get dinged for it, but if you do and don’t execute it as well as another game, you get dinged for that. It’s much more exciting to develop something that isn’t required to be confined by “the mold,” so we’ve tried to find ways to break it while still staying true to what was expected from our games. I think that the real fun would be in creating the unexpected so we get to create the mold in the first place. 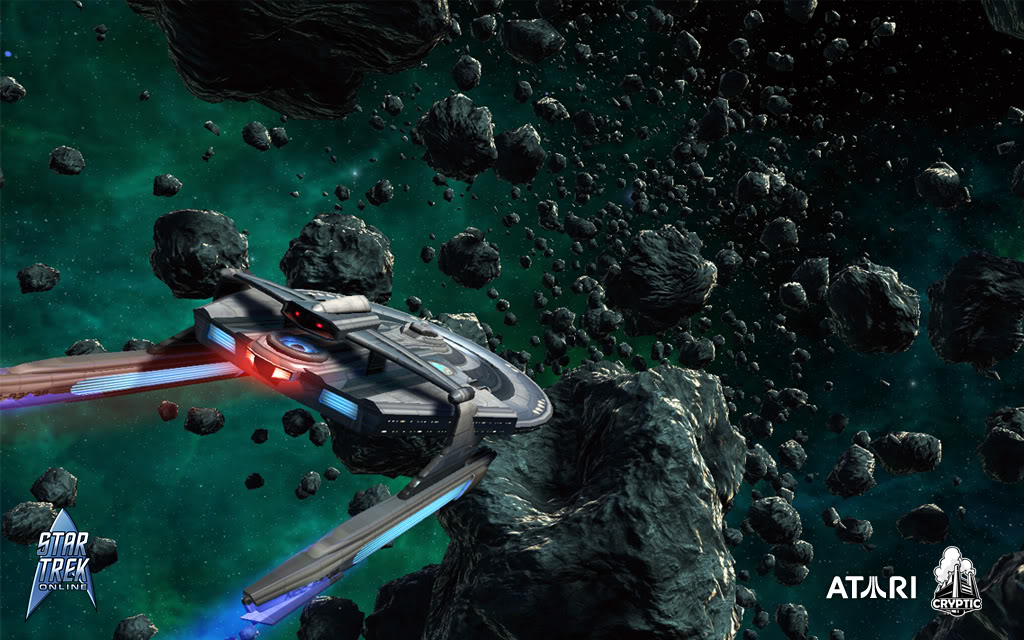 TD:  When you make games, do you ever consider that some gamers have to work — they can’t take their PCs with them, but they still may want to level up or even just explore the worlds you create during their breaks. Have you ever looked into some sort of system that would allow users to easily play on any system?

JE: All the time! That’s something that’s true for me — I can’t play for hours on end every night. I’d love to play a game that I can drop in and out of, yet still make some sort of progress.

BR: Absolutely. I think that account-based play is a step in that direction as your character is stored online and accessible anywhere the game is installed. Games with MUCH smaller installs, or removing the need for them altogether (as in browser-based games) are something I play all the time. Making our games much more accessible in this way is something we’re actively discussing.

JE: When I used to do conventions, I met a lot of people who played with their kids. I always enjoyed that. I like to think our games are for “children of all ages.”

BR: Going to game shows in Asia is surreal for me because of the popularity of Starcraft and Diablo [Editor's note: Roper was a producer on both games]. The best moment was probably when I met with a woman that owned three PC baangs (cyber cafes) in Korea in the mid-90s. She told me how grateful she was for Starcraft because it had allowed her to open her shops and employ over 30 people while providing a good environment for people to come and play. That was so unexpected, and it really made me proud to have been a part of creating something that actually positively affected others’ lives. From the standpoint of ME being a fan, it was the first time I got to meet Will Wright. He’s an amazing designer and a very *real* person.

TD: Can you tell your fans anything about future projects you’re working on?

JE: Only that there’s more than one unannounced projects under development.

BR: We have some fantastic updates coming for both Champions and Star Trek Online in the next few months. I think both games are really hitting a great stride right now in community interaction and getting new content, balance, and quality of life improvements out there. Past that, I’m pretty sure I would be called into the death match arena if I revealed too much.

TD:  What does making games mean to you?

JE: I think of how important games are to me and how they let me escape into another world. I think of trying to provide that experience to other people.

BR: Games have been a part of my life for as long as I can remember, and I want to do my best to share that love and happiness and passion with others. Not only in making them, but in being an advocate for play to anyone who’ll listen. Making games keeps me young, and if my gravestone can read, “Game Over. Maximum Score Achieved.” I’ll be happy.