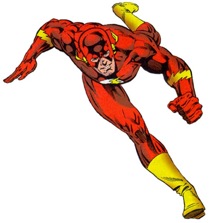 As we reported yesterday, the new license terms for application development on Apple’s iPhone platform now prohibit technologies such as Adobe’s Flash CS5 (currently in beta) from compiling applications written in other languages and creating executables that run on iPhone OS devices such as the iPhone, iPod Touch, and the iPad. And earlier today we saw Adobe respond by filing a notice to its investors with the SEC.

At first glance, it appears Adobe may have wasted a significant amount of time and investment creating its iPhone Packager software, which would have enabled Flash developers to create apps for the iPhone platform. However, Adobe could still ship Flash CS5 with an modified version of the iPhone Packager.

Adobe can enable developers to start a project with Apple’s standard development tools, import their project into Flash CS5 to create a Flash application, and then export their project completely as C, C++, or Objective-C source code. The developer can then finish, compile, and sign their application using all of Apple’s developer tools, libraries, and compilers, and this workflow satisfies the stipulations placed in the current developer license.

So, are there any downsides to this approach? Yes, although several of Adobe’s technologies are open, including the Flash specification, Real-time Messaging Protocol (which is used for streaming video), and Adobe Flex, this new approach may expose key details of the Flash Player itself, which currently is not open. In order to mitigate this situation Adobe may open some (or all) of the Flash Player. ﻿