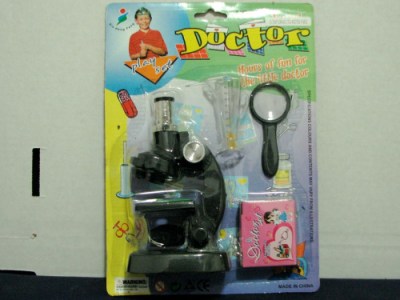 We can lower healthcare costs while having fun and playing games. This isn’t an impossible feat — but it requires Washington, D.C. to turn its focus far outside the Beltway and look at what’s happening in the burgeoning industry of social games.

A few weeks ago, at VentureBeat’s GamesBeat@GDC 2010 conference, Tim Chang, a sharp-minded venture capitalist from Norwest Venture Partners, spoke about the “gamification of life.” By this, Chang meant to say that many aspects of life could become a game of sorts and that, in his opinion, these would be the best investments to make in the game industry. This paradigm is also known as funware. It’s making huge waves in tech and social media circles.

By playing to our sense of reward and punishment, companies can engage customers in new ways and even help promote certain behaviors.

Sitting at this cross-section of social psychology and behavioral economics is an amazing public policy tool, Chang noted briefly on his panel. If we applied this “gamification” concept to healthcare reform, we could arrive at a solution that would dramatically cut healthcare costs.

With the prevalence of smartphones, sensors, and barcodes, it’s not hard to imagine that individuals would be able to sign up with a government or private program that tracked the type of food they ate and exercises they engaged in. It doesn’t even have to be that high-tech: Supermarkets like Safeway already track purchases for their discount programs. While companies like DailyBurn are already leading the pack in terms of exercise monitoring, there’s still a huge opportunity in the food consumption space.

By having a rating system that ranks foods on a healthy-to-unhealthy spectrum, companies can build services that plug in to grocery store inventories or restaurant menus to help users become more health-conscious through what they consume. Points would be rewarded for consuming healthy items, while points would be taken away for consuming unhealthy items. The trick would be designing the game mechanics so that users are motivated to list everything they eat, good and bad.

Taking things one step further, one can imagine connecting this service with a government tax rebate program that would tax the “bads” (unhealthy food) instead of the “goods” (healthy food). Economic theory suggests that taxes on junk food would lead to swift changes in behavior. (For a spectacular example of this in action, see the paper by Benoit Bosquet on environmental tax reform.) But the problem is that such “sin taxes” are widely mocked as “nanny taxes” or worse. Make it a game rather than a tax, however, and let people cash in their points for everything from yoga classes to discounts on farmer’s-market purchases, and citizens might view the program very differently.

The idea comes with one large caveat, however: privacy. Privacy watchdogs would no doubt be up in arms over how organizations could track people’s eating habits and purchases. Chang’s response: “Your privacy ends where I start paying for your healthcare expenses because you’re buying crappy food.”

With all due respect to Chang, that’s the wrong attitude — and it actually illustrates how turning healthcare into a game is the right approach. There’s a new generation of online users being trained to believe that sharing information yields rewards. Rather than making privacy the issue, make it fun and social to talk about what you’re eating and how you’re exercising.

If these proposals still inspire an Orwellian panic in certain individuals, the government need not be at the center of such solutions. Just as with frequent-flyer programs, private firms could partner up and help to promote this high-tech, game-based healthcare reform plan. There are opportunities for sensor makers, finance and accounting houses, database and IT systems managers, and a host of other types of companies that could jump-start this whole concept (and make a lot of money in the process).

Regardless of how healthcare reform takes shape in America, one thing is certain: gamifying certain aspects of our lives effectively appeals to our psychology in ways that are beneficial for both the individual and society at large.

Chang elaborating on his thoughts about the best game investments after his panel at GamesBeat@GDC 2010: