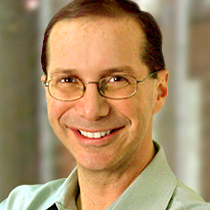 In early 2009, blog millionaire Jason Calacanis half-jokingly offered Twitter $250,000 to place his company’s Mahalo Answers on the company’s Suggested User List, a staff-selected group of favorite tweeters. Anyone who made it onto the SUL drew hundreds of thousands of followers simply by being on the list. By contrast, most hard-working self promoters had only collected a few thousand followers after years of chasing them. Look, Calacanis said, there’s value to being made to stand out on Twitter, value for which people and companies will eagerly pay.

Twitter didn’t take up Calacanis on his offer. But Idealab founder Bill Gross did. In a visit to VentureBeat’s office last week, Gross explained that Jason’s joke was the genesis of TweetUp, a new startup for which Gross himself has climbed into the CEO seat.

TweetUp is a service that re-sorts Twitter content, in an attempt to float the best stuff to the top. “World’s Best Tweets” is the company’s business card slogan. But rather than trying to auto-rate tweets based on content or links, TweetUp allows you to pay to bid up specific tweets so they stick to the top of TweetUp’s search results and embeddable targeted content that will appear around the Internet and on smartphone screens. The tweets could be your own, or they could be someone else’s that makes you look good.

Gross’ premise is: A good tweet is one someone’s willing to pay to promote. TweetUp will serve customized content into other sites’ pages, splitting the tweet-bid revenue with partners. The tweets can be served as straight content, or displayed as a sort of AdSense for Twitter, showing content-targeted, highest-bidder tweets alongside Web pages. In addition to tweets, TweetUp users can create 140-word bios of themselves that will also be displayed in some contexts.

But, paying your way to the top of Twitter? Won’t that enrage people who feel Twitter should be free and equal to everyone? Gross, founder of business incubator Idealab in 1996, is known for coming up with clever payment-scheme twists on popular business models. He created GoTo.com, the first big search engine that let advertisers pay for placement in search results. (GoTo rebranded as Overture and was bought by Yahoo.) He was also behind FreePC, which gave away Compaq computers to people willing to watch ads on them and allow themselves to be tracked.

A good Gross idea infuriates some people — search results for sale, PC’s pre-loaded with ads, paying to have your tweets read — yet draws a crowd of others who wonder why they didn’t think of it themselves.

TweetUp’s obvious target market is brand managers, professional marketers who may have millions of dollars to spend to generate buzz on the Internet. They can bid up posts about their brands by anyone on Twitter. But Gross seems honestly enthusiastic about the potential for individual Twitter users to bid, say, a penny a post to grab the top spot for a trending topic.

“I think that TweetUp’s business will come from the whole spectrum of Tweeters, ranging from the individual to the company to the big brands,” he wrote in a followup email. Moreover, he added, “we are not requiring people to bid to be included. We want to get all the best people coming and listing their keywords at TweetUp, whether they bid or not.”

Betaworks’ John Borthwick pointed out that for many Internet users, TweetUp content on a Web page may be their first and only exposure to live tweets. “Because TweetUp will be accessed on mainstream websites across the world,” he wrote in a press release for today’s launch of the company, “Twitter will be introduced to hundreds of millions of new people. Furthermore, these new users will experience thoughtful tweets, in context, targeted to them according to their areas of interest.”

TweetUp will roll out in coming weeks. The company has a promotional program right now offering $100 off for the first thousand bidders. For now, you can only bid on impressions, but the plan is to let bidders also pay by the click, or for each new follower TweetUp brings them. Initial deals will place TweetUp search boxes on top of Answers.com and Business Insider.

Why is Gross the CEO? Because the guy is serious about tweeting. Check him out at @Bill_Gross. He’s figured out the reporterly way to cover a conference for readers who aren’t there. Gross told me that he approached Calacanis and a few others for the job, but eventually came around to realizing he wanted to run this particular company himself.

TweetUp’s timing, right before this week’s Chirp conference for Twitter developers, seemed smart until Friday when Twitter announced official Twitter apps for the iPhone and BlackBerry. Those apps killed the hopes of many third-party developers who’ve built Twitter clients in hopes of selling them or running ads on them.

How does Gross know Twitter won’t launch its own version of TweetUp and steal his audience, just as many users felt the Suggested User List undermined months of follower-gathering by rocketing a semi-random selection of users to stardom? “I think that there are still many great opportunities to partner and co-exist with Twitter,” he said, “if you can continue to innovate your functionality and continue to make great ties to users and publishers.”

Calacanis was more specific. He said there’s a huge difference in scale between offering a Twitter BlackBerry client and hosting a real-time bid market for tweets plus a targeted content service. “Simple things like a Twitter client and picture hosting will be native to the Twitter ecosystem,” he wrote. “However, advertising outside of the Twitter ecosystem is going to be anyone’s game. Someone needs to be the independent social stream ad network and if Bill Gross is doing it, well, it will be him.”