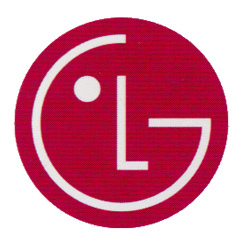 Palm, the former king of handheld mobile devices, is now up for sale, Bloomberg reports. Who’s going to buy? VentureBeat’s report by Devindra Hardawar this morning listed Lenovo and HTC as confirmed suitors. In an opinion post a week ago, Saad Fazil declared BlackBerry maker Research in Motion the likely buyer.

There’s another match that’s worth considering: LG Electronics, the third largest mobile handset maker in the world after Nokia and Samsung. Tech publicist Jonathan Hirshon wrote an insidery essay last week that called out LG and Palm as a perfect match.

Why LG? Because the Korea-based company hasn’t got a brand-name mobile software platform, at a time when phone buyers have begun to care what OS they have in their pockets. Can you name the the operating system on LG’s top-of-the-line Arena 3G phone? Exactly.

The Palm brand, too, is still strong in America compared to LG or its current models. While it’s true that, as Fazil wrote, Palm is seen as “more closed than Android, not as cool as iPhone, and not nearly as enterprise-focused as BlackBerry,” would you rather try to polish Palm’s image, or attempt to build a new smartphone brand from scratch?

There are no rumors that LG is looking at Palm. But unlike Nokia or Samsung, LG doesn’t have a huge commitment to an internally developed operating system brand. (Samsung has its Bada OS. Nokia maintains several operating systems.) Picking up both WebOS and the Palm brand at recession prices could be a once-in-a-lifetime bargain.