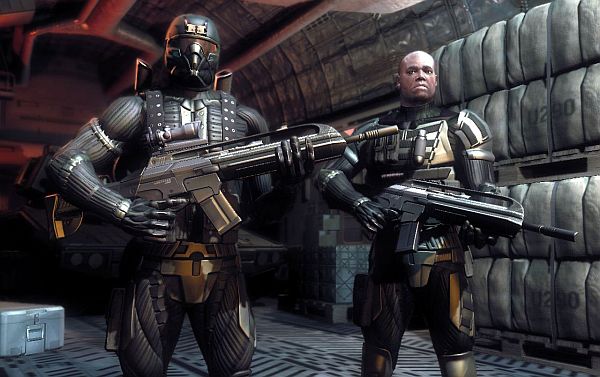 Crytek (Crysis 2) CEO Cervat Yerli thinks that console gamers "don't respect development." Speaking with the Official Xbox Magazine, Yerli described his peculiar method of defining the differences between console and PC gamers. "I said the single most important difference is a PC gamer forgives you for about a minute. A console gamer gives you two seconds. It sucks or it fails and you're either the top or a flop. They don't respect any value you put into your development, either it works or it doesn't work." In the wake of these comments, let it be known that as a journalist, I will maintain the objective integrity befit of my career.

A Connecticut man accused in a drug and gun case discovers the power of trolling after sending threatening messages to a witness' Xbox Live account. Anthony Hayward was apprehended for intimidation and harassment of a witness after writing such unsubtle messages like "Rats Die Slow" and "a dead man walking." Hayward was slapped with a hefty bail of $50,000 and is due back in court soon. When will the general public realize that the art of berating someone on the Internet is an exacting skill that demands a high level of finesse? [Courant]

"Neighborhood 3: Requisition of Doom" (N3RD), a new play by a performing arts school in New Jersey, touches upon the cantankerous subject of video game addiction. The story revolves around a fictitious video game named Neighborhood 3 and its addictive properties to the youth of a small community. The ever-blurring distinction between reality and video games along with the importance of parent-child communication are discussed during a round-table debate following the conclusion of each play. I fervently hope that the compounding issue of parents scoring higher than their children in video games is also addressed.  [Sentinel]

Jeff Brown, Director of Corporate Communications at EA, had a few snarky words to say about the Infinity Ward/Activision fiasco. When Activision announced a heightened fiscal outlook as a result of the successful Modern Warfare 2 Stimulus Pack, Brown took a jab at the rival company by glibly stating, "This is kind of like announcing: 'The race horse I shot last month has won the Triple Crown!'" Nowhere else has a job title been so aptly bestowed on the correct individual. [IndustryGamers]