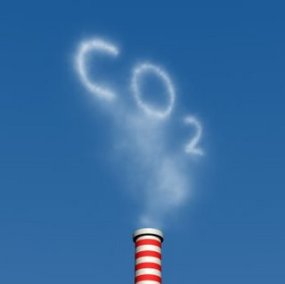 The long-lost Climate Bill has made a reappearance following the shakeout of President Barack Obama’s health-care reform legislation — just as predicted. Now the Senate is saying the bill — which would set greenhouse gas emissions reduction targets and renewable energy quotas — will get a new lease on life on April 26, when its sponsors roll out the newest draft.

Proposed by Senators John Kerry (D-Mass.), Lindsey Graham (R-S.C.) and Joe Lieberman (D-Conn.), this latest version will include many of the compromises arrived at before health-care mania took over. The bill has always faced intense opposition from the right side of the aisle, and it lost even more momentum after the Copenhagen Climate Conference failed to produce results in December. All told, the left has lost a lot of bargaining power on the issue.

But perhaps the biggest hurdle facing the bill is opposition from Rust Belt Democrats who are concerned that new requirements will hurt manufacturing in their states. As the action heats up, ten of these senators, led by Sherrod Brown (D-Ohio), have sent a letter to the Climate Bill’s sponsors urging them to include a list of provisions that would protect American manufacturing interests.

The group’s most significant requests (demands might be a better word) include: federal assistance for energy efficiency and renewable energy retooling, subsidies for manufacturers who make clean energy technologies, protection for manufacturers against hikes in energy costs, tariff adjustments so that imports can’t undercut American-made products, and clearer federal and state greenhouse gas standards.

Even if sufficient compromises can be made on these counts, the bill still faces steeps odds. Reuters reports today that the 17 percent reduction in carbon emissions by 2020 the package will probably call for, could result in a 27 cent bump in per-gallon gas prices between 2013 and 2020. As negligible as this sounds, it could result in constituent outcry, dissuading Democrats and Republicans alike.

What does the Climate Bill have on its side? Well, the president for one. And that’s saying a lot. Obama has been incredibly vocal about the importance of American reassuming global environmental leadership. His success with health care reform could mean one of two things: The man knows how to get things done, or he’s already spent all his political capital. The Climate Bill’s survival is relying on the former.

Also rallying behind the legislation are an increasing number of venture-backed enterprises focused on carbon tracking, accounting and reporting. These ranks include Kleiner Perkins-backed Hara, commercial-centric Enviance and Carbonetworks, and carbon-measurement device maker Picarro, among many more.

All of these players say they will be fine whether the U.S. caps carbon or not, but new greenhouse gas reduction targets could make this market explode. And it’s clear that’s what they’re all waiting for.