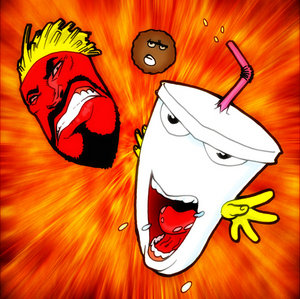 This week's Reviews Spotlight pokes fun at Japanese blondes, examines the charm of a talking meatball, and starts feuds in the name of White Knight Chronicles.

For What it's Worth: ATHF Zombie Ninja Pro-Am
By Ryan Conway
Aqua Teen Hunger Force is, without question, the strangest show on television. The surreal, sometimes morbid antics of Frylock, Master Shake, and Meatwad require a particular sense of humor to enjoy. But because I happen to be an admitted fan of this off-color show, I assumed that a video game based on the property seemed like a good idea. Fortunately for me, Ryan remedies that assumption. Hailing it as "one of the worst games" he's ever played, this Bitmobber takes readers on a hilarious ride, explaining why Zombie Ninja Pro-Am is worth less than a cup of coffee. If you're curious about the show, watch this.

One of the Best Games You Never Played…Startopia
By Tony White
For a game that lampoons sci-fi legends like 2001: A Space Odyssey and The Hitchhiker's Guide to the Galaxy, Startopia has gone relatively unnoticed by the mainstream gaming media. Tony explains that this BAFTA (basically, the British Oscars) nominee deserves a close look. From sly pop culture references to a challenging metagame, Startopia seems to have covered all possible bases. One question though — what's a Turrakken?

Final Fantasy 13: Did That Really Just Happen?
By John Michael
Stepping over spoilers with the skill of a minefield engineer, John Michael appraises the overall quality of Final Fantasy 13 in case you missed earlier reviews. But sometime during his playthrough, a strange thing happened. John, a longtime fan of the franchise, found himself unable to compare Final Fantasy 13's foreign mechanics to any other game in the series…or the genre. Determined on unraveling the mysteries of Lightning, the game's protagonist, this Bitmobber dove head first into Square Enix's 50-hour game. The plot thickens in John's review. 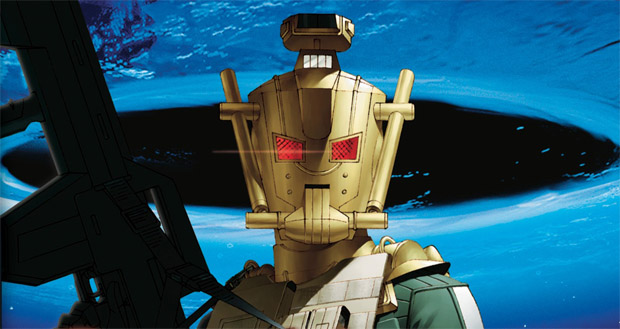 After combining old-school challenge with new-school mechanics, it seems Shin Megami Tensei: Strange Journey has struck a delicate balance. For newbies to the series, Jeremy breaks down important features like the alignment system and demon negotiation. Although Strange Journey seems to pitch itself toward a fairly specific audience, this review highlights several redeeming qualities that'll interest any gamer. Plus, the cover art is really cool.

Fragile Dreams: The Wii Adventure Game You've Been Looking For
By Daniel Sims
Instead of reviewing the well-advertised blockbusters of the season, Daniel made it his mission to pay attention to March's most ignored, marginalized games. First on his list is Fragile Dreams: Farewell Ruins to the Moon. Despite the certifiably awkward title, Daniel maintains that this import shows promise. The amorphous Japanese game is difficult to pin down — it's basically Silent Hill with cute anime characters. If that premise warrants a purchase, go for it. If you aren't won over by wide-eyed drawings, give Daniel's review a peek.

White Knight Chronicles: What Went Wrong?
By Isaiah Taylor
What's that — another semi-obscure Japanese roleplayer? Yep! But this time, it isn't met with the same undeniable praise. A stalwart fan of the genre, Isaiah traditionally finishes any RPG he buys. Unfortunately, White Knight Chronicles ruined that two-decade-long tradition. Considering the game's laughably childish script and terrible combat, this review makes it clear that Westernization isn't always the answer (as displayed on the right).

White Knight Diaries
By Toby Davis
Because we love to pit community members against one another, I thought it would be great to highlight Toby's contrarian opinion. Spanning four installments, this review by Bitmob Moderator Toby Davis describes his experience with White Knight Chronicles. Yet despite his title, moderation isn't a quality which Toby displays in his diaries — he absolutely loved Level-5's newest RPG! If you're on the fence, these reviews may not coax you down onto one side. So instead, try rolling a pair of dice.