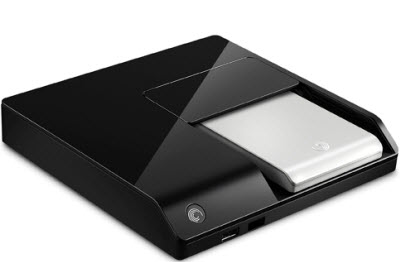 Seagate is announcing today that it is adding streaming video services from providers such as Netflix to its home media players.

Netflix streaming movies will now be part of the content available on Seagate’s FreeAgent Theater+ HD Media Players, which let people view computer files on their televisions. Seagate has also added access to YouTube, vTuner, and Mediafly services. Those services will now be able to reach a wider range of consumers. And customers of Seagate’s FreeAgent Theater+ HD Media Players will have a lot more user-generated video and web-delivered movies to access on their television sets.

Scotts Valley, Calif.-based Seagate is adding the access to the services via a firmware update that can be downloaded from the company’s web site. The firmware will be included in all future media player shipments.

According to market researcher In-Stat, about 37 percent of homes with broadband Internet access are interested in viewing web video content on their home TVs. Seagate’s media player lets consumers do that, whether the video is stored on a hard drive, a computer network, or the web.

Today’s announcement is similar to one last week in which Seagate said it would ship backup drives with preloaded Paramount movies that users could unlock by purchasing a code key. Don’t be surprised if Seagate starts to look less like a hard drive company and more like an entertainment distributor.