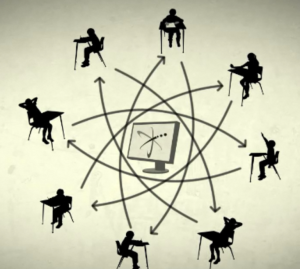 Knewton, an online test-prep startup, just raised $12.5 million in funding from FirstMark Capital. An admirable feat. So forgive my skepticism.

During my sophomore year of college, I was a campus ambassador for an online distance-learning startup that hoped to capitalize on the highly lucrative Korean private education market. They were “going to change the way the world learns” with untested technology. After hemorrhaging money, the startup—and its education revolution—fizzled. So will Knewton pass or fail?

The round of financing, Knewton’s second, is premised on explosive growth in the online test-prep space.  Founded by test-prep veteran Jose Ferreira and backed by some of venture capital’s savviest investors, Knewton is hoping to “fundamentally transform the test-prep industry and then the broader education market with its industry-first adaptive learning engine.”

I recently spoke with the cofounder of one of the world’s largest test-prep outfits, who’s no longer active with his company, to get his opinion of Knewton’s obstacles.  In an email, he wrote:

The entire premise of adaptive learning is a simple extension of the idea of adaptive testing (which, like Knewton, began with its first large-scale application with the GMAT)…. Apart from the fact that the entire concept of levels of learning that build on each other is enormously problematic, it would take five to ten years of hard thinking and iterative experimentation for each subject to establish what the proper sequence of topics is – and mind you, that sequence might vary from person to person.

Knewton’s first problem, then, is analyzing why Little Johnny isn’t acing long division. Did he misunderstand the phrasing of the question? Did he consistently make a careless error? Or was he just watching Justin Bieber? My source continued:

The notion of sequencing learning into “bits” is, not surprisingly, confined currently to mathematics, where the sequence of building blocks is relatively simple.  Kumon learning centers have been around for over half a century, founded on the premise of teaching math exactly that way…  [The problems] grow exponentially when you move from the comparative ‘simplicity’ of a linear subject like math to the fuzziness of other subjects like history, or literature, or how to write an essay…”

The SATs, GMATs, and LSATs, with their limited universe of topics covered, may be able to be inculcated as a simple series of rules, methods, and strategies, but learning is more than simply the sum of tactics memorized.   It is an arduous process of critical thought, challenge, and reassessment.  Successful teachers do not simply adapt their teaching methods to student answers, but to their questions as well.

If Knewton truly has created a revolutionary technology to address these concerns, then we can all look forward to smarter education for all.  Until then, Knewton will simply be another well-funded test prep company veiled in creative marketing.

David Haber is a recent graduate of Harvard College living in New York City.  Find more of his thoughts on technology, finance and the future of business at SupplyDemanded.com or follow him on Twitter: @dhaber.