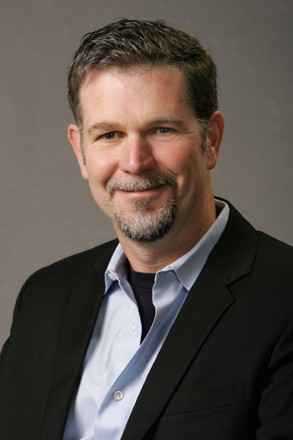 Reed Hastings, chief executive of Netflix, said his passion for education led him to the acquisition today of DreamBox Learning, an education game startup with an interesting approach to learning software.

In an interview, Hastings explained why he got so excited about the Bellevue, Wash.-based company that he decided to buy it along with Charter Fund. He used his own personal money in the deal, the amount of which was not disclosed. But both Hastings and Charter Fund promised to invest $10 million in the company to help it expand into schools across the U.S.

DreamBox Learning has been successful in part because it designed its software to be adaptive. That means when kindergarten through third graders play the online math games, the software tracks their progress and adjust the game to match the difficulty of the lessons based on each child’s scores.

“It’s a big idea that will affect a broader market,” Hastings said. “But right now, our focus for this is the elementary school education market.”

Hastings has been a longtime philanthropist with an interest in education. He joined the Peace Corps after college and taught high school math in Swaziland, Africa. He returned to get a master’s degree in computer science and went on to start a number of startups, striking it rich with Pure Software. He then turned his off-work efforts to improving education and served as president of the California State Board of Education about a decade ago. He’s an advocate of charter schools and thus it’s no surprise he is jointly buying DreamBox with the nonprofit Charter Fund.

While there have been tons of failed education startups, including so-called “edutainment companies” that combine education and entertainment. Many education game companies have been criticized for being too instructional and not fun enough. But Hastings said that the opportunity to start anew in this space exists because startups can now launch their software online without a lot of friction and reach a wide number of users on the Web quickly. That gives education startups a better footing and a better chance to succeed this time around compared to early efforts.

Hastings said that he will serve as chairman of the 20-person startup and he is looking for a CEO with experience in  both education and technology companies.

As for the overall maturity of the online education market, Hastings said, “It’s early. It’s very early in the market. I tend to look for things too early. Like with Netflix, it was too early to stream video. We started with DVDs and moved to streaming. At some point, every child will have a netbook or an iPad. The early phase of that is targeting computer labs at schools and that is what we are doing.”