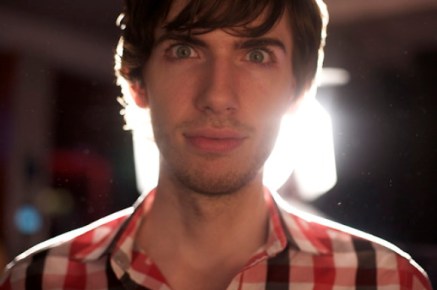 Blogging startup Tumblr, a service founded by David Karp that lets users publish short, simple blog posts, has secured a third round of funding for $5 million. The round, first reported by MediaMemo and confirmed to VentureBeat by Karp, was led by existing investors Spark Capital and Union Square Ventures.

Karp hasn’t commented on the valuation, but in a comment on a blog post, investor Fred Wilson of Union Square said it was “a huge step up” from the company’s previous funding, in which Tumblr raised a similar amount from Spark and Union Square. That means Spark and Union got a smaller piece of Karp’s company in this deal. The company has raised $10.2 million in total.

So why does a company with more than 4.5 million users and 1 billion pageviews need more funding? Karp hasn’t quite figured out how to best monetize his company and is “pretty opposed” to advertising on the site, according to a recent Los Angeles Times interview. Advertising is a traditional way for many companies to generate revenue, usually through services like Google, whose AdSense service scans the content of a page and places keyword-linked ads.  Karp decided this was not to the benefit of users and is currently testing other ways to monetize the service.

The company is exploring and testing several nontraditional ways to make money, including virtual stickers, which users can send to others or post on their own blogs. Other interesting revenue-based services include letting Web designers sell Tumblr “themes,” or designs which make up the style and background image of a blog, for a 30 percent cut. Another possibility: selling reprints to photos that appear on the site (like the one above, which comes courtesy of Karp, from one of his Tumblr posts).

Tumblr makes it easy for users to create and publish content, such as text, pictures, videos or links. The company has implemented several intriguing features which separate it from similar services like Twitter. A new commenting feature lets users choose to either allow or not allow comments from users they follow. It’s an interesting way to handle the onslaught of spammers and disruptive commenters who plague other blogging services.

Another feature, called photo-reply, lets users reply to others using photos rather than the traditional comment or re-blog, a way to instantly share content with followers.