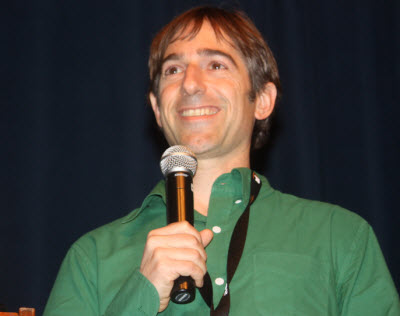 Facebook’s biggest partner had a suggestion for the adolescent social network: figure out what it wants to be when it grows up.

“Facebook is at a crossroads,” said Zynga CEO Mark Pincus. “They have to decide whether its more important to be the web’s social platform, to make their social plumbing pervasive,” presumably through an expansion of more open technologies and communications infrastructure such as Facebook Connect. It’s sort of like being the plumber for the online world.”

Pincus, who runs the biggest app maker on Facebook, offered the remarks in response to a question after his speech at the Inside Social Apps conference today. The question, offered a day before Facebook’s own f8 conference for developers, was about what he wants from Facebook.

In his speech, Pincus envisioned a world that runs on an app economy, where it’s easy to access and use sophisticated software on any device or platform via Web services.

The current platform is booming and has grown tremendously. But it has a chance to become universal, so much so that apps could take over traditional websites as the way users interact with all software. To get there, Facebook faces a critical choice in the next 12 to 18 months, Pincus said.

Pincus added, “It would bother me if (something as innovative as the location-based Twitter game) Foursquare is not built on the Facebook platform. An analogy is Windows. If it had not been the home of Excel or the web browser, then it would not have grown” into Microsoft’s cash cow.

The other choice, he said, is to focus on being a social portal, with a business model supported by advertising.

Some of that is cryptic. Pincus didn’t have much of a chance to elaborate. He did note that user communication on the social network is evolving and still isn’t perfect. Facebook is tweaking how apps can communicate with users and spread messages about the apps.

The context here is interesting. Whenever a major partner is talking about the other, sort of like when Intel talks about Microsoft, you can always see the tension underneath. You can, for instance, see the tension between Zynga and Facebook.

On the surface, the companies have a shared fate and even a shared investor in Russian investment fund DST, which has a stake in both companies. But in other ways, they are rivals.

Facebook provides the platform for Zynga to make its money. Facebook can tweak the platform to benefit itself, such as rolling back viral communication features to force Zynga to invest more in ads that generate revenue for Facebook. And Zynga can diversify away from Facebook into other social networks and web sites.

Pincus wants the 400-million-strong social network on Facebook to grow into something even bigger, driven by the use of apps sitting on top of a social platform where you can easily find friends. I presume that he wants to make sure Facebook focuses not on how to grab some of Zynga’s revenues, but to grow the overall pie so all benefit.

Pincus closed his talk by saying the conversation everyone should engage in is how to work together to collectively boost the apps economy and the overall social gaming experience.

“Where this ought to go is it should be an open Xbox Live for the Web,” he said. “If we get to this place where there are achievements, a consistent user experience, a way for web publishers and networks and sites to participate, and an easy way for developers to develop amazing game experiences that enhance relationships among people, then I think social gaming can end up being the few real consumer experiences on the web and be a massively large business for all of us.”

If that happens, the platform will support many more market entrants. It is already the biggest open and diverse game platform the world has ever seen. Now is the time to feed it and enhance it, Pincus said.