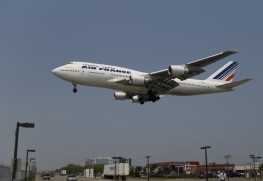 Google execs are considering spending $1 billion to buy ITA Software, according to a report from Bloomberg, in order to compete with Microsoft’s Bing search engine and other online travel services. The online travel sector brought in $88.4 billion in 2009.

The carefully-worded report claims three unnamed sources for the story, two of whom told Bloomberg that ITA had plans to ask for a billion dollars. The Cambridge, Massachusetts-based company, founded by MIT computer scientists in 1996, has raised $114 million to date.

As of 9 a.m. Pacific time on Wednesday no one from ITA, Google, Microsoft, or ITA investors Battery Ventures, General Catalyst Partners and Sequoia Capital had returned Bloomberg’s requests for comment. (I’m easily reached at paul@venturebeat.com if you’re an investor or spokesperson.)