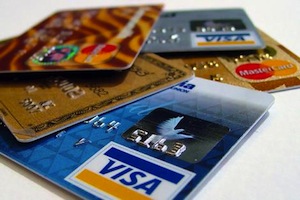 Visa announced today that it will acquire publicly traded e-payment company CyberSource for $26 per share, or around $2 billion total.

In a conference call this morning, Visa Chairman and Chief Executive Joseph Saunders acknowledged that this is “somewhat in reaction” to the growth of PayPal: “We’re paying attention to PayPal, as well as other companies that are getting into the e-commerce space, and we are obviously concerned that that would have an effect on our market share.”

He said that Visa also plans to use CyberSource to pursue new opportunities in Asia and Latin America.

CyberSource says that it processes electronic transactions for 295,000 merchants, under its own name and through the Authorize.net brand. That adds up to around 25 percent of the dollar value of all e-commerce transactions in the United States, it says.