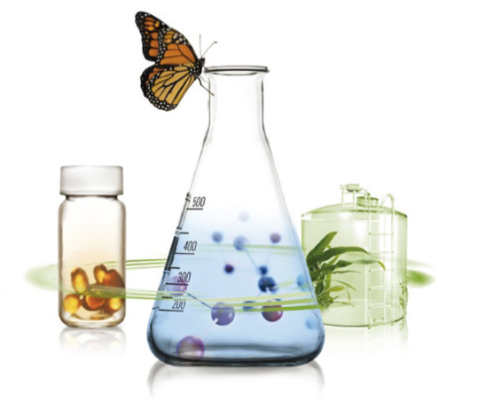 Less than six months after filing to go public, Codexis, one of several makers of microbes and catalysts used to generate green fuels and chemicals, debuted on the Nasdaq this morning under the symbol CDXS. But the news is bittersweet for the cleantech sector. Yes, the company made it to market — but it only fetched $78 million in what it expected to be a $100 million sale.

Based in Redwood City, Calif., Codexis sold 6 million shares to its existing investors for $13 each (instead of $15). Its most significant backer, Royal Dutch Shell, is holding on to its sizable stake. Today’s IPO is the culmination of a long journey for both the company and its investors, who had originally planned to take it public two years ago before the economic downturn set in.

While it may not have performed as hoped, Codexis still marks the first IPO of 2010 for the green sector, which could open the floodgates for more. And at least it beat biofuel competitor Amyris Biotechnologies, which just filed, to market. Both cylindrical solar module maker Solyndra and electric car darling Tesla Motors have filed to go public as well this year. And Smart Grid networking company Silver Spring Networks has retained underwriters for a prospective IPO.

There are concerns attached to all of these companies waiting in the wings. Solyndra has run into roadblocks as auditors have called attention to its avalanche of debt. Tesla Motors has yet to break into the black for any length of time, and Silver Spring Systems could be acquisition bait for bigger players like Cisco Systems. Codexis’ modest success today could be a bellwether for these deals to come.

The sector is also tinged by the lackluster performance of last year’s big green IPO, A123Systems. Mere months after its blockbuster sale, the company’s net loss for 2009 reached $85.8 million, an increase over the $80.5 million lost in 2008. Yes, revenue is growing, fast, jumping 33 percent between 2008 and 2009, but it still has investors on the edge of their seats.

Compared to that, Codexis is doing reasonably well. It reported $82.9 million in revenue for 2009, a 64 percent spike from 2008. And it narrowed its losses by 55 percent, to $20.3 million. At this rate, it could hit profitability by 2011. This sounds harrowing, but green shareholders don’t seem to be deterred by long roads out of the red — at least so far. If A123 and Codexis fail to pull up on schedule, they could doom the cleantech companies following in their footsteps.

Codexis also benefits from a healthy green chemicals and pharmaceuticals business. Sure, its major investors Shell and Chevron have their eyes on the fuel opportunities, but the company also counts Pfizer as a big supporter, as well as CMEA Capital. The process the company uses to engineer microbes’ DNA can be applied to manufacture a variety of substances.

Codexis says it will use the funds generated by the sale to expand its production volume of biocatalysts. It also lists turning Shell into a major biofuel distributor as a primary goal.

Here’s a copy of the SEC filing for today’s CDXS debut.