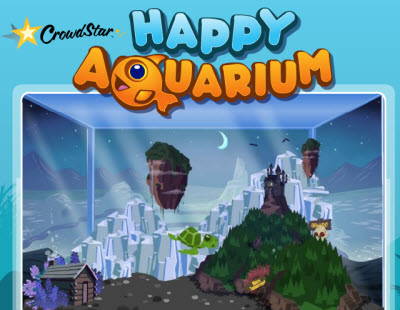 The copied fish mating dance was the last straw. The similarities between Crowdstar International’s Happy Aquarium and WonderHill’s Aquarium Life were so plentiful that the cloning of the social game is now a legal matter.

Burlingame, Calif.-based Crowdstar has filed a federal lawsuit accusing WonderHill of unfair competition and copyright violations for copying Happy Aquarium on Facebook. Among the signature features that WonderHill allegedly copied was a “distinctive mating dance to a backdrop of hearts and romantic music.”

It may sound trivial, but Happy Aquarium is Crowdstar’s bread and butter, attracting more than 26 million monthly active visitors a month (now fallen to about 20 million according to AppData). The game is free to play, but users pay real money for virtual goods in the game, such as fish food. Crowdstar is making millions of dollars from virtual goods purchases in the game, and that has helped it expand its staff dramatically and launch new games.

“There are similar fish games,” said Peter Relan, chairman of Crowdstar. “We understand that. This particular one literally lifts not just the overall game mechanics, but words, the user interface, and even the breeding of the fish. It’s almost like you’re staring at our game. You can tell that somebody said, ‘Copy that screen.’ It’s important we protect our brand and not allow blatant copying.'” 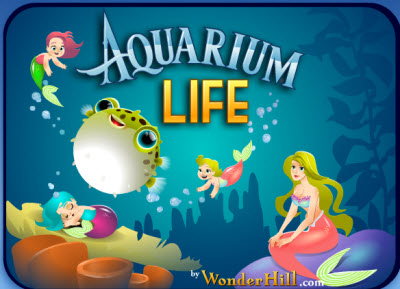 The tough thing is that it may be hard for Crowdstar to prove that Aquarium Life is a ripoff. Fish games have been around for a long time, and it is only recently on Facebook that they have turned into a phenomenon. Notably, Zynga launched FishVille, another fish genre game, after Happy Aquarium became so successful last fall. Aquarium Life was launched by WonderHill, a relatively small player in social games, in January.

As for copying, Relan said, “I have no tolerance for it. It’s one thing to generally get inspiration from another game. It’s not ok to just lift user interfaces and exact mechanics. It would stifle our own growth. It’s a young industry growing fast. In this case, we have a legal case. In other cases, where it’s legally not a problem, copying is still a business problem for the industry.”

The cloning of games has been a big issue in social games. Zynga cloned FarmTown, a game created by a small game company, with the launch of FarmVille last summer. Zynga’s hit game became far bigger than FarmTown, generating more than 80 million monthly active users. Yet it is hard for the makers of FarmTown to prove a case of copyright infringement, largely because farm games got their start in China.

Lots of video games are new twists on old games. The tremendously creative and popular Plants vs. Zombies game, created by PopCap games, is a derivative of Desktop Tower Defense. But the games are often so different they don’t result in anti-copycat lawsuits. Hence, most lawsuits related to intellectual property in video games tend to focus on the raiding of talent or the theft of actual game code.