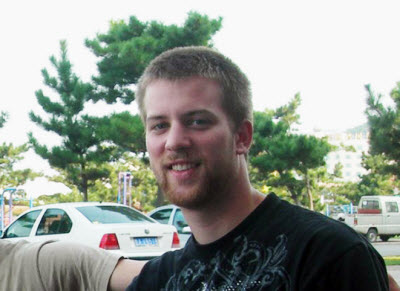 The 21-year-old man who found and sold an Apple iPhone prototype has been identified by Wired.com. The man, Brian J. Hogan of Redwood City, Calif., expressed regrets through a statement released by his attorney that he sold the device to the tech blog Gizmodo for $5,000.

The case is now the subject of a criminal investigation, reportedly centering on the question of whether the prototype could be considered stolen goods. Hogan’s attorney told Wired.com that Hogan regrets not doing more to find the Apple software engineer who left the device at a bar.

According to attorney Jeffrey Bornstein, Hogan believed the payment was for allowing Gizmodo to exclusively review the phone, and it was thus not an actual sale. Gizmodo, in turn, told Hogan there was nothing wrong in sharing the phone with the tech publication. But under California law, it isn’t legal for a finder to treat lost property as his own without first making “reasonable and just efforts” to find the owner and return the lost property.

Hogan has been interviewed by law enforcement investigators but has not been charged with a crime. His attorney said he is willing to cooperate with authorities. San Mateo County  Chief Deputy District Attorney Stephen Wagstaffe told Wired.com that it was still being determined whether a crime was committed.

Police caused a stir after they searched the home of Jason Chen, a Gizmodo editor, and seized his computers. Gizmodo’s parent company, Gawker Media, is challenging the legality of the search, saying Chen is protected as a journalist under California’s shield laws.

A friend of Hogan’s handed him the device at the bar and asked if it belonged to him. Hogan then left the bar with his friends. Hogan didn’t know what he had until he removed a fake cover from the device and realized it was likely a prototype of a future iPhone model. It looks like Hogan did very little to find the owner of the phone, which was bricked via remote software after it briefly showed a Facebook page that evidently belonged to the owner.

Reportedly, a friend of Hogan’s offered to call Apple on Hogan’s behalf, but Hogan did not contact the management at the bar where the device was found. Various journalists were offered a look at the device — including Wired.com — in return for what Wired called a “thinly veiled” offer for money. Wired.com turned down the request; Gizmodo paid $5,000 via a wire transfer.