McAfee turns in weak Q1 — The maker of security software for PCs reported $502.7 million in revenue for the first quarter, up only 12 percent from last year, and coming in below analyst estimates. 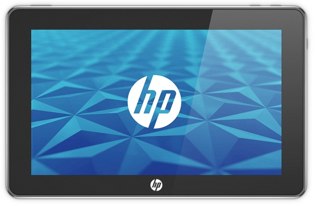 Tablets dying left and right — In the wake of Microsoft canceling its Courier tablet computing product, it looks like Hewlett Packard’s Windows 7 tablet will meet the same fate. Apparently the company wasn’t satisfied with the operating system’s performance on the device.

Startup founders find solace in group therapy — Young entrepreneurs weathering the boom-bust stress of starting their own companies have found a good venue for sharing their successes and failures: support group meetings with others just like them. The New York times has the story.

YouTube launches new video player — The popular online video site is deploying a newly-designed Flash player that also gives viewers technical details about the videos they are currently playing. NewTeeVee has the details.

Apple stores prep themselves for iPad 3G — According to Apple, its retail locations will close tomorrow between 4 and 5 p.m. to receive lines of the new 3G version of its tablet device, which only ran on Wi-Fi before. The new version is coming earlier than many anticipated.

Steam to launch on Mac on May 12 — Video game development and distribution company Valve announced today that its digital distribution service Steam will be available for Mac starting on May 12, making hundreds of games available to millions more users. 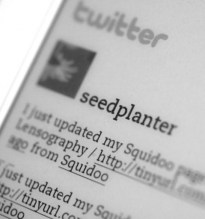 Kindle software update adds new features — The newest version of Amazon Kindle software, v2.5, integrates sharing tools Facebook and Twitter, as well as the ability to upvote and downvote topics on the web. You can also lock the device with a password now and view and zoom into and out of PDFs.

Google trounces Rosetta Stone suit — Language software company Rosetta Stone had sued the search engine for infringing trademarks and directing prospective customers to its competitors by allowing them to use the same keywords. But Google emerged victorious. Bloomberg has the details.

Apple makes more phones than Motorola — The originator of the iPhone has passed a major milestone on its mobile roadmap, selling 8.8 million of its phones in the first quarter of 2010. Motorola, one of the biggest makers of mobile handsets in the world, only sold 8.5 million.