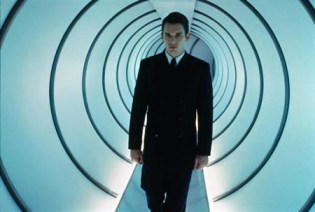 Stanford bioengineer Stephen Quake has built a machine he used to decode, or “sequence” his own DNA. As reported in the British medical journal Lancet, Quake mapped out the 2.6 billion-letter chain of DNA stored inside his body’s cells late last year, then prepared a scholarly writeup for Lancet.

“I’m following the great tradition of scientists who experiment on themselves,” he told the San Jose Mercury News.

Quake’s DNA, which a team of researchers analyzed for 55 medical conditions, pointed to potential heart trouble down the road. The cause-and-effect relationships between illnesses and genes are vague. Instead, scientists have calculated statistical correlations. If you have a certain sequence in your DNA, you are more likely to develop a specific medical condition.

A full sequencing of an individual’s DNA could alert doctors to potential future illnesses. That could give them the jump on preventing the problem from ever happening. Wired magazine has reported that early detection of cancer greatly raises the odds a patient will survive.

What’s also exciting is the price of Quake’s personal sequencing machine. The U.S. government’s Human Genome Project cost nearly half a billion dollars and took years to sequence one single person’s DNA. Quake’s setup did the job in four weeks for around $50,000. By the end of the year, the price may very likely drop to $10,000, and turnaround time will be even shorter.

Cheaper sequencing will boost the businesses of mid-2000’s startups Navigenics, 23andMe, Illumina and Knome,which previously required several hundred thousand dollars to do a full-length sequencing. Another startup, Complete Genomics, claim they will eventually be able to do an entire human sequence for $5,000, but the company has not offered its services for sale yet.

Despite the fear that healthcare companies and employers may use DNA sequencing to deny work or medical coverage to people with certain sequences, it seems likely that for the next generation of the world’s most affluent populations, getting your genes done will be as routine as a vaccine shot.