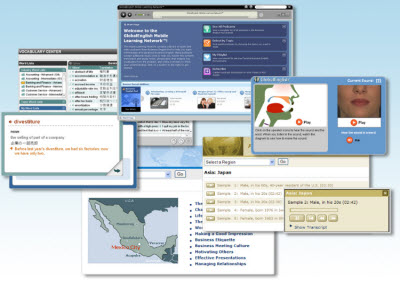 At a time of globalization, learning English has never been so popular. That’s good for GlobalEnglish, a company that makes it easy for multinational corporations or small businesses to teach their employees English.

The Brisbane, Calif.-based company was started in 1998. It launched its first online learning platform in 2000. But in the past few years, it has seen its growth accelerate. In 2009, revenues were between $35 million and $40 million, and the compound annual growth rate for revenues in the past four years was 28 percent. Its headcount, currently 200 people, is expected to grow 27 percent in 2010. The company has been profitable since 2006.

“When we started, we knew there were something like 2 billion people learning English, but the transition from classrooms to online learning was just getting started,” said Deepak Desai, president and chief executive of the company (pictured below).

The service is geared toward the modern era, where an engineer may find that they have to talk to peers in Brazil or Taiwan to get a product built. The software comes packaged with modules that let you get an instant translation of a technical term, translate something from text to speech, or suggestions on how to write an email. The curriculum includes a personalized lesson plan, on-demand lessons with business context, and “accent reduction” software. 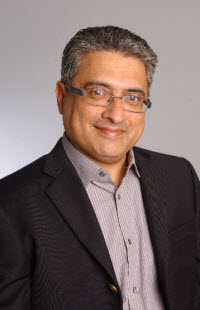 Now, there are more than 500 customers across five continents, including Hewlett-Packard, Cisco, Deloitte, General Electric, ArcelorMittal, Hilton, P&G, Volvo, HSBC, and GlaxoSmithKline. As companies such as Procter & Gamble see revenues shift to 70 percent overseas, the demand for English-speaking overseas employees is rising. The bigger customer regions are China, Korea, Mexico and Brazil. A recent survey of 10,000 employees worldwide showed 91 percent said that English is a requirement of their work place, but only 7 percent felt proficient at it.

Companies can take a one-year license to the service which trains users in reading, writing, speaking or listening. If someone needs a live instructor, they can engage one in live chat 24 hours per day. Last year, the company released a mobile learning network for people on the go.

Today, about 120,000 people are using the service. Over the past decade, more than a million people have tried the service. Corporations pay subscription fees for their employees. The average list price is about $500 per person per year.

Mahesh Ram, vice president of worldwide business development, said that one customer estimated that GlobalEnglish helped them save $1 million per year.

Rivals include live classroom instruction such as Berlitz as well as software programs such as Rosetta Stone. There are also lots of consumer-focused online instruction sites. But there isn’t much competition for corporate English education.

The company may be gearing up to raise more capital, possibly on the public markets, judging by a recent hire. GlobalEnglish just hired Roger Piskulick, who previously worked at fast-growth companies Blackboard and The Active Network, as its chief financial officer. Blackboard, an electronic education software and transaction system company, went public in 2004 while Piskulick was heading finance.

The company has raised $20 million in total over five rounds of funding. The last round was in 2005. Investors include IGSB, Mayfield, SPO Partners, Mitsubishi Capital, and the Investment Group of Santa Barbara.