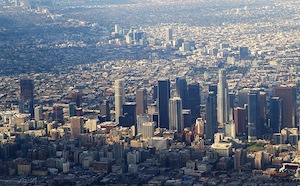 It looked earlier today like Google’s work with one of its most high-profile Apps customers, the city government of Los Angeles, might be hitting some speed bumps. TechCrunch spotted a city memo stating that some early users complained about “issues and problems that have negatively affected their productivity and department operations,” leading to the extension of the pilot program and presumably delaying full implementation.

Does that mean the City of Los Angeles’ relationship with Google is on the rocks? That would be a black mark for Google Apps, the company’s bundle of online office tools like Gmail and Google Docs. Google loves to trot out LA as an example of an enormous organization entrusting its operations to web-based apps.

But a Google spokesman told me that the concerns had been overstated, and he pointed me towards a blog post from Kevin Crawford, who is managing LA’s Apps rollout:

The above issues are part of a normal Pilot and review process and [are] a normal part of a well-thought out project schedule — most large rollouts (with any technology) are built with flexible timeframes so issues can be addressed. … This is all NORMAL stuff happening here and the project is still on track to deliver per the schedule!

That sounds like a reasonable explanation. Although I suppose cloud computing skeptics could also read the post as an attempt to put a happy face on real problems.

And if you want to compare, here’s more detail from the initial letter:

At the meeting [for pilot participants] many of the departments expressed concerns about both the performance and the functionality of the new system. Performance concerns focused on the slowness with which e-mails were sent, received, and accessed in the new system. Functionality concerns focused on features currently available in GroupWise that are unavailable, or significantly different, in Google’s system. Further, the Los Angeles Police Department indicated that several security issues have yet to be resolved, and that a pilot of its technical support staff must be successfully completed before it can be expanded to the rest of the LAPD.