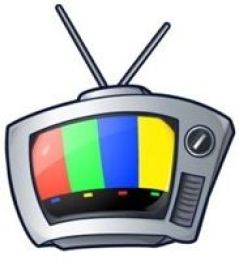 Google is readying its Android-based television software for debut in May, sources tell the Wall Street Journal. The company will apparently unveil its Google TV platform at the developer-centered Google I/O conference in San Francisco, which runs from May 19 to May 20.

We previously reported that Google was working together with Intel and Sony on the television platform, which would allow TV users to access web applications on their televisions as easily as they can change channels. Google TV would also pit the search company against others in the business of streaming content to your television, like Netflix and Boxee. Earlier this week, Samsung also hinted that it may build TVs with Google’s software, and Logitech is also working on accessories like a remote with a keyboard.

Like the WSJ mentions, it’s telling that Google may be introducing the platform at an event aimed at developers. Since Google TV is based on Android, the company’s mobile operating system, it will likely have a large focus on extending its functionality via applications. Some television makers, like Sony and Samsung, are already offering applications on their televisions — but Google TV would open up the TV app market to third party developers as well.

Google is looking to bring its television platform into set top boxes, and potentially have it built right into televisions as well. Sources told the WSJ Sony is developing future televisions and a set top box with Intel’s low-power Atom processor, and that many company roadmaps include Google’s platform.

The company is already testing a TV search product on Dish Network, which allow users to easily search through TV listings and web video. Its Dish Network product relies on new set-top boxes that replace the standard Dish box, and we learned that they were running “elements” of Android as well. We can probably expect similar search functionality in Google’s new TV platform, as well.