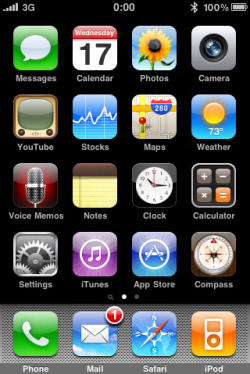 Apple’s recent changes to its Developer License Agreement, which ban the use of tools that convert apps built on other platforms into iPhone apps, has understandably sparked the ire of Adobe and app developers. Now it looks like the new policy may also be attracting the attention of the Federal Trade Commission and the Department of Justice, who are in negotiations over an antitrust inquiry, reports the New York Post.

A source familiar with the situation says that regulators are “days away” from determining which agency will move forward with the inquiry. Regulators will focus on whether the new policy is anti-competitive — since it forces developers to create applications specifically for Apple’s platforms, instead of building apps that can be converted to multiple platforms as necessary. The inquiry is the first step towards a full investigation.

The new policy led Adobe to give up on its Flash-to-iPhone compiler, and could lead to a similar fate for other conversion software like Appcelerator’s Titanium or Unity 3D.

To refresh, here’s the key new wording in the Developer Agreement:

Apple has stated that the new policy is only meant to ensure that iPhone apps are of the highest quality. Critics and developers, on the other hand, argue that it blocks competition since developers will be less likely to invest in developing for other platforms like Android, Blackberry, and Web OS.

Apple has avoided regulatory investigation in the past because few of its platforms commanded significant market share. With the success of the iPhone — which commands 25 percent of the smartphone market — Apple’s decisions will be looked at more closely. As the company gets bigger (it’s approaching Microsoft’s market cap), it will have to be less heavy-handed with future policy changes, and watch out for other decisions which may invoke regulatory concern.