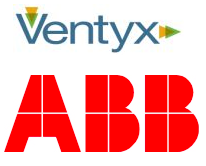 Swiss electrical engineering company ABB has been eying its opportunities in the U.S. Smart Grid industry for a while. Now it’s fortifying itself to compete in the States by acquiring Ventyx — which, among other things, makes Smart Grid software — for $1 billion.

ABB will add Ventyx’s grid management software to its portfolio of products targeted at utility customers. Right now, it makes a lot of the physical equipment used by energy vendors to revamp their grid operations. By bundling software along with these products, it is planning to turn itself into a one-stop shop for all things Smart Grid, making it a more formidable rival to General Electric and Siemens, both of which have been pursuing similar strategies.

The software itself will help utilities and grid operators keep closer tabs on energy demand, so they can make sure it never exceeds supply, keeping the grid healthy and averting millions in maintenance costs following brownouts and blackouts. Ventyx says its systems can also make it easier for these customers to integrate renewable sources of energy like wind and solar into their current power mixes.

This is the first acquisition deal over $1 billion that ABB has made in more than a decade, indicating just how crucial Smart Grid software capabilities are going to be to its overall business strategy going forward. It is also yet another sign that big players are sprinting to get involved with this burgeoning industry — including Cisco Systems, Intel, and IBM (all trolling for smaller companies and startups that can give them the technology and employees they need to get ahead fast).

Ventyx appears to be a special case for ABB, which says the deal is not going to kick off a series of acquisitions — rather, it was too compelling of an opportunity to pass up. With the new software in its arsenal, ABB hopes to boost its revenue 9 to 12 percent in the next two years, according to Reuters.

Ventyx is a fairly new entity — the result of a 2007 merger between two smaller companies, Indus and MDSI, under the ownership of Vista Equity Partners. The company brought in $250 million in revenue last year.