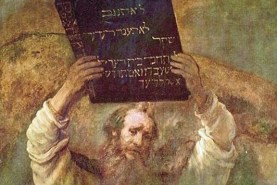 Research in Motion has become the third major gadget maker after HP and Microsoft to change its mind about shipping a tablet computer this year. The BlackBerry maker has opted to use its  own mobile operating system instead of Google’s Android and has put off the product’s debut until 2011, Rodman Renshaw analyst Ashok Kumar told TheStreet.com.

Most important, Kumar said the RIM tablet will not be aimed at the BlackBerry brand’s traditional core demographic of business power users, but at a broader consumer market.

Compared to the killed HP and Microsoft tablets, which were being build around Windows 7, the eventual BlackPad will probably be a much more apples-to-Apples competitor for the iPad, which runs the same operating system as do iPhones and is not seen as a heavy-duty workstation. It seems Apple’s success has redefined the word “tablet” to mean something lighter and more consumery, rather than a power users’ machine.

A BlackBerry-powered tablet would very likely be lighter, slimmer, cooler (temperature-wise), and most of all cheaper than a tablet powerful enough to run Windows 7, which was designed for laptop and desktop PCs. It would be a phone with a really big screen, rather than a laptop stripped of its keyboard. Switching from Android to BlackBerry OS could lighten hardware requirements even further, as well as boosting the BlackBerry brand.