Web 2.0 Expo was at full speed on Wednesday in San Francisco. The Internet-focused conference’s early morning keynotes covered a lot of ground, and one of the most memorable presentations was Parrot’s live demonstration of an iPhone-controlled helicopter. 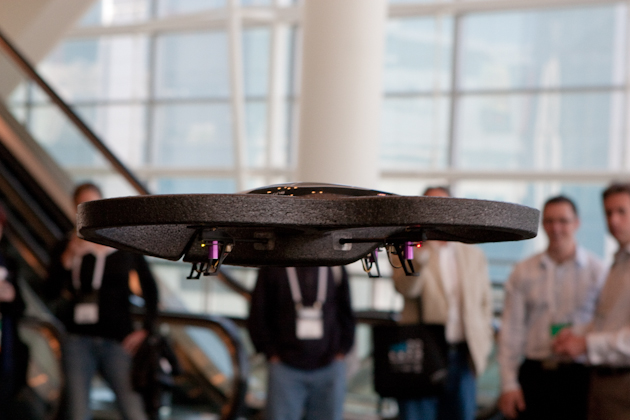 Parrot staged an impromptu demonstration of the flying object in the hallway. 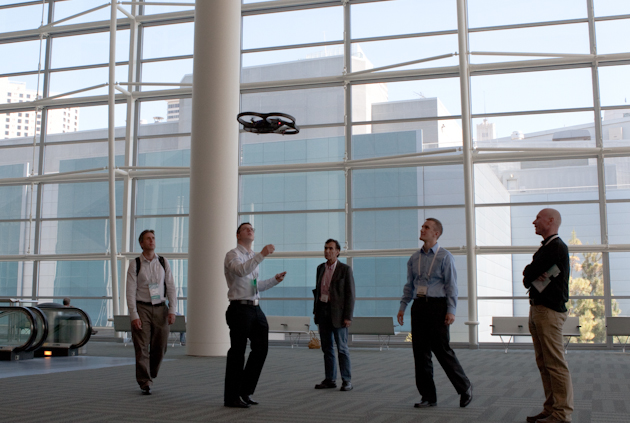 Parrot’s “augmented reality drone” is controlled by an iPhone and actually steers quite well. You can even smack it and it won’t go down. 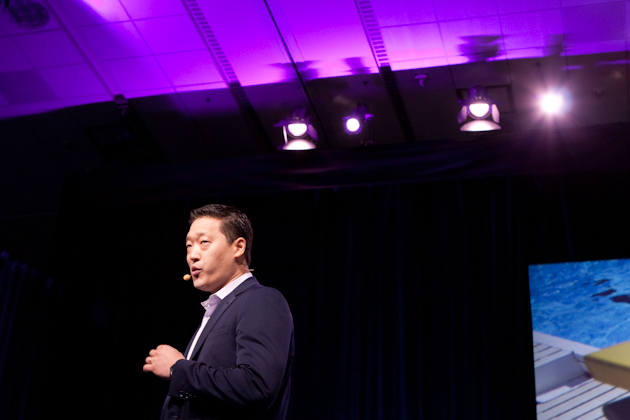 Next Jump’s Charlie Kim giving his take on e-commerce in the keynote room. 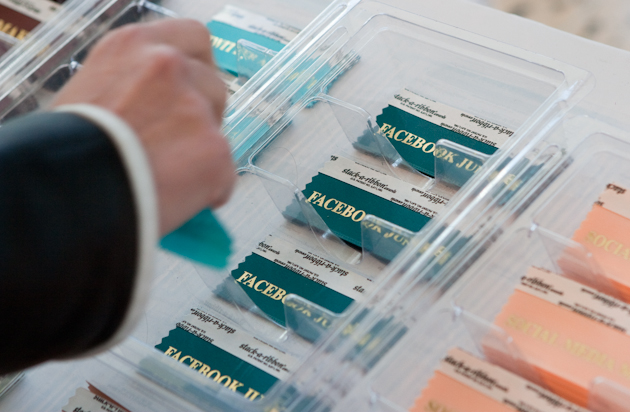 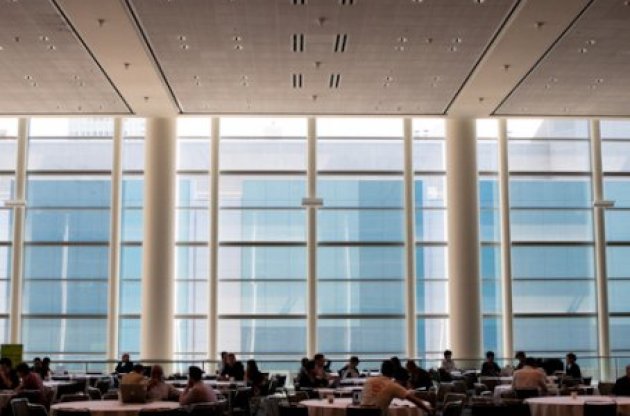 Outside the conference rooms, the atmosphere inside Moscone West was subdued before noon. 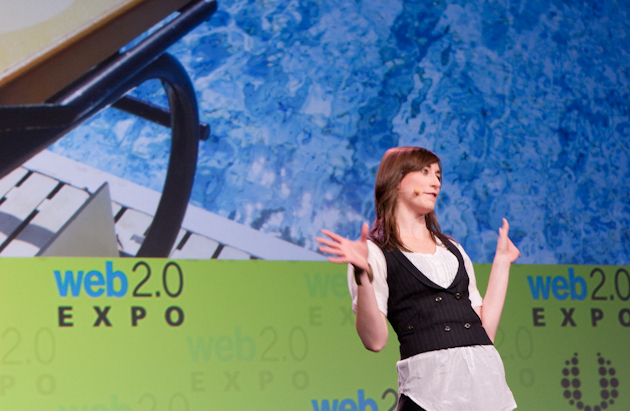 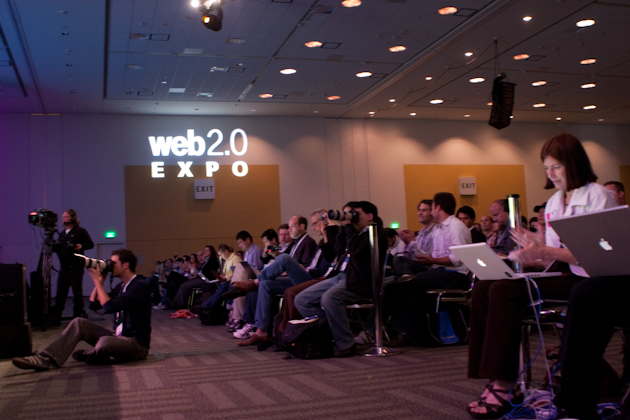 Adobe’s keynote (covered here) was one of the more riveting talks of the morning. 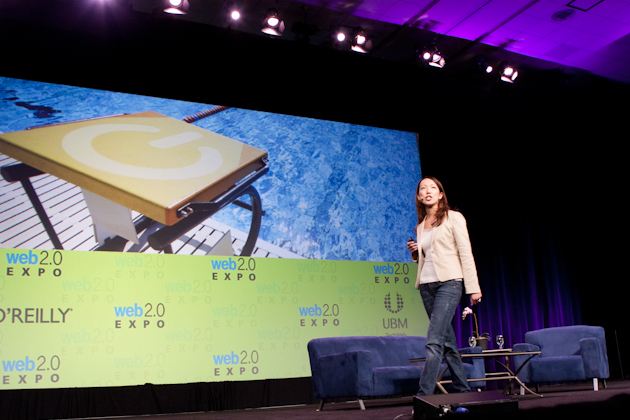 Clara Shih, author of “The Facebook Era” and CEO of Hearsay Labs. 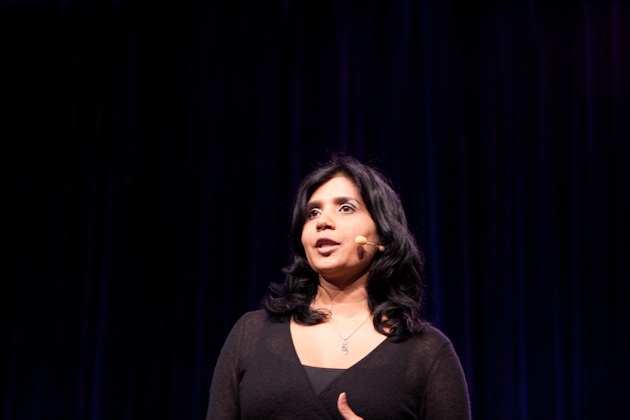 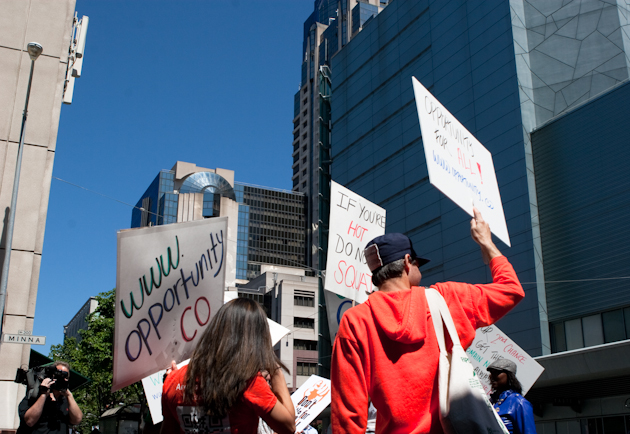 Outside Moscone West, one of the exhibitors (.CO Internet) took to the streets in a faux demonstration.