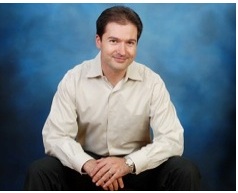 Simeon Simeonov is founder and CEO of the startup advisory firm FastIgnite.

Today, four platform companies affect the lives of hundreds of millions of consumers every day. They are Apple, Facebook, Google and Microsoft. They all have (or had) smart, ultra-competitive founder/CEOs with simple yet overarching visions of the future and a deep, almost righteous, belief that what they are doing is good.

The platform companies have a lot of power and they are not afraid to use it to exert more influence and push forward their vision of a better world, regardless of the opinions of others. Is this the triumph of innovation and execution in a market economy? Or is Kara Swisher from AllThingsD right to call Apple, Facebook and Google “the three fascist states of Silicon Valley?” Whether platform companies need to be kept to higher standards than the rest of us is something the industry will think about as the spotlight shines on Apple.

When Apple changed the language of its developer license agreement to prevent all non-native technologies, including cross-compiled code, from Apple mobile devices (iPhone, iPod, and iPad), reactions in the industry were mixed. Some cried foul, while others praised Apple for its unwavering focus on quality and user experience. When Steve Jobs published his “Thoughts on Flash” open letter last week I and many others were puzzled. It didn’t make sense. It was over-the-top. After some analysis, I ventured that the open letter makes sense if we looked at it as the framing of a debate about the legality of Apple’s actions. Lo and behold, a few days later came news that the Department of Justice and now the FTC are looking into Apple’s actions. This sets the stage for the latest soap opera in the tech industry involving the government.

The argument for government intervention characterizes Apple’s actions as monopolization of their mobile platform, a violation under Section 2 of the Sherman Antitrust Act. The argument has two parts. First, Apple obviously has monopoly power within its ecosystem, as it controls everything from the hardware to what software is allowed to run on the hardware to the technologies used to build that software. (Correct me if I have the facts wrong, but I can recall no other case where tooling has been so restricted.) Second, the company’s legal agreements are unlawfully exclusionary, because they disallow all current and future non-native technologies (NNTs) — such as Flash, .NET and anything generated by a cross-compiler — for all possible applications. The framing here is that the exclusion is unlawful (not based on technical merits and not made for a valid business reason) because it prevents everything, including yet-to-be-invented amazing technologies that will have none of the problems Apple attributes to Flash and other NNTs.

Based on communications from Apple so far, we can assume that Apple’s counter-argument has two parts: (1) NNTs are disallowed for many valid technical reasons because they create less magical experiences and (2) Apple is not a monopoly in smartphones (it is #3 in market share). By defining the relevant market as all smartphones and tablets, Apple makes it difficult to argue that it has anything resembling monopoly power. Further, by framing the argument as one about technology capabilities/limitations and their meaningful impact on consumer experience (performance, security, stability, battery life, etc.), Apple is sending a clear message that the government has no business here, because the exclusion is based on merit for valid business reasons.

How far should Apple be able to go with the argument that it runs Hogwarts and no Muggles are allowed inside? Can it disallow AdMob advertising because iAd creates magical advertising experiences with beautiful, high-quality ads from premium brand advertisers while AdMob, which Google is buying for $750M, allows anyone to advertise and, therefore, enables malvertising and phishing attacks? If Apple can censor racy AppStore apps, can Safari prevent navigation to racy Web sites, some of which have notoriously scummy practices? At what point does reasonable control for the benefit of users become unreasonable control for the benefit of Apple? Is it OK to allow Apple to become the IBM of 30+ years ago, with tightly controlled end-to-end hardware and software solutions? The government went after IBM and won.

However, the well-known government antitrust cases against platform companies such as IBM and Microsoft look very different than what a case against Apple may look like. In one of the famous IBM cases, the company was deemed a monopoly because of a collusive patent-sharing agreement. In the case of Microsoft, we had a company with a less capable product (IE) that squeezed its distribution channels to exclude the (at the time) better Netscape Navigator with no plausible technical argument as to why Navigator was inferior.

In Apple’s case, how can we weigh the costs and benefits to consumers, Apple and third parties? Even if the government can do it, will they do a good job?

Simeon Simeonov is founder and CEO of FastIgnite where he helps entrepreneurs build great companies. Sim is also executive-in-residence at General Catalyst Partners and co-founder of Better Advertising and Thing Labs. Prior to that, he was a VC at Polaris Venture Partners and chief architect at Allaire/Macromedia (now Adobe). Sim blogs at blog.simeonov.com, tweets as @simeons and lives in the Greater Boston area with his wife, son, an adopted dog named Tye and a large collection of Android, Apple, Linux and Windows devices. Learn more about his experience and bias in this matter.