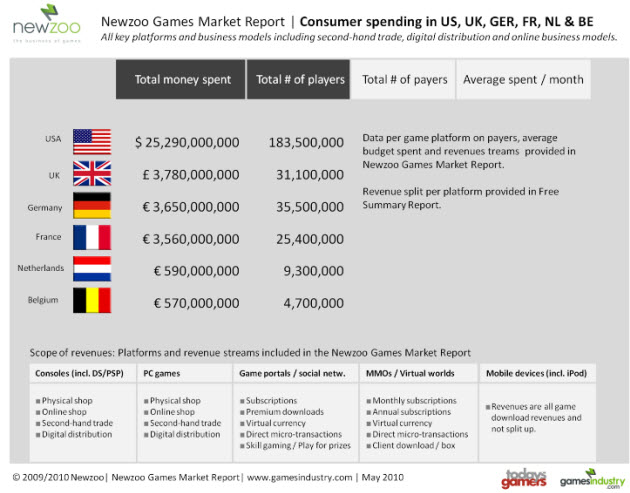 American consumers spend more than $25.3 billion a year on video games, both new and used, according to a report released today by market researcher Newzoo.

That number includes how much money is spent on new console and PC games, as well as online transactions and used games. But it doesn’t include sales of brand new game console hardware and accessories in the U.S., which last year included an additional $9.7 billion in spending, according to market researcher NPD.

The study is based on interviews with 13,000 consumers ages eight and up. It is unique in that most game industry reports focus on retail sales. But this report calculates its totals based on what those 13,000 consumers spent on games and then extrapolates them for the whole population. The numbers are very different from U.S. retail game sales calculated by NPD, which estimates sales of new game hardware, software and accessories in the U.S. It reported that total game industry sales were $20.2 billion in 2009. 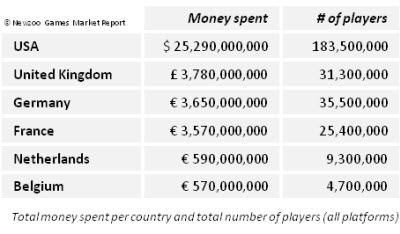 The survey also covered five European countries and found the following: retail sales account for 59 percent of sales in Belgium, 62 percent in Germany, 64 percent in the United Kingdom, 69 percent in the Netherlands, and 78 percent in France.

In all countries except Germany (where PC games are strong), console game spending, including a large chunk spent on used games, accounts for more than half of total money spent. The report says that consumers no longer stick to one single platform or type of game. About 39 percent of U.S. console gamers also play online casual games on portals, and 42 percent of MMO gamers also use their mobile devices as game platforms. 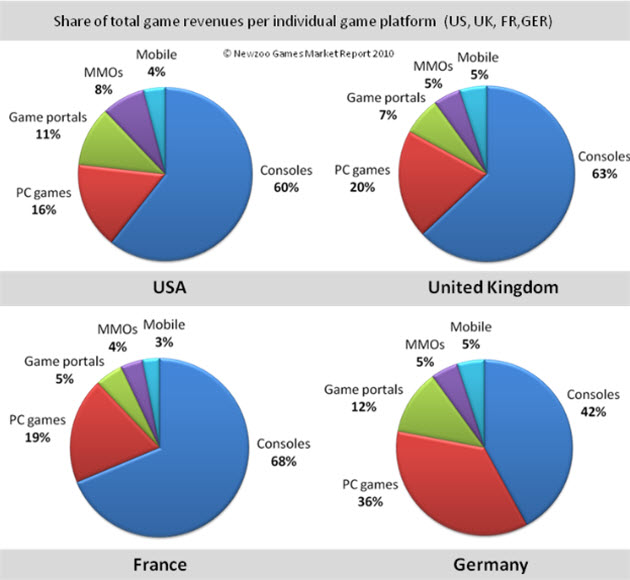