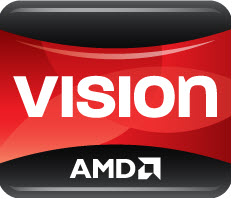 Advanced Micro Devices is announcing today that it has had a great season for getting its new chips into the latest personal computers, from desktops to laptops. The company’s newest Turion line of microprocessors are being used in 109 new laptop computers that are being launched this sumer.

Sunnyvale, Calif.-based AMD has always been No. 2 to Intel in the PC microprocessor market. And for much of recent history, Intel has been widening its lead on AMD. But AMD launched four new chip platforms today for both desktop computers and laptops. The new chips are all part of AMD”s Vision Technology branding campaign, which separates chips into “good, better, best” choices.

We noted last week that Hewlett-Packard announced its biggest adoption of AMD chips ever in 14 new laptops. Lenovo is also announcing today that several of its new laptops are using AMD chips. HP said that AMD had done much to close a gap in battery life between Intel and AMD chips. Also, AMD vice president Leslie Sobon said in an interview that the company is seeing widespread adoption of its Vision Technology branding campaign by customers. That campaign has been running for 200 days now and is being expanded to new parts of the market.

Stephen Smith, an executive at Intel, said he couldn’t comment on AMD. But he noted that Intel has been refreshing its entire product line in recent months and its “confidence level is as high as its been.”

It’s hard to tell what these different victories will mean for the overall market share picture. Intel typically sells four chips for everyone one that AMD sells. But while AMD is winning new customers, so is Intel. For instance, Dell is introducing a number of new laptops today that all use Intel processors. HP is also introducing a new Intel-based netbook today, the HP 4320t Mobile Thin Client.

Intel is also doing a lot better than AMD in addressing the market for low-power chips used in tablet computers, smartphones and netbooks. Those areas are small but growing fast.