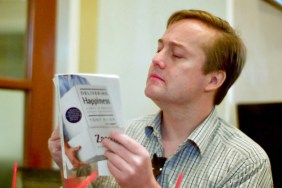 Former journalist, Mahalo CEO and self-made blog millionaire Jason Calacanis put up the home page today for a new event called The Launch Conference. Calacanis, rather than pocketing the event’s profits, plans to personally invest the money back into in every one of the companies chosen for the 2011 event.

Calacanis gave VentureBeat the scoop in an email, when I asked how The Launch Conference will differ from other startup showcases like TechCrunch Disrupt and DEMO, which VentureBeat produces:

“It is going to be the same exact format at TechCrunch50, except that I’m going to personally invest all profits from the conference into the startups at the event (which is of couse up to them if they want me as an angel investor).”

Calacanis, who made bank in Web 1.0 as publisher of the Silicon Alley Reporter, and then again in Web 2.0 with Engadget, co-produced the TechCrunch50 startup showcase for three years with TechCrunch editor Mike Arrington.

This year, TechCrunch50 has been discontinued. Arrington is running the renamed TechCrunch Disrupt event by himself. Calacanis writes on The Launch Conference site that he and Arrington had differed on “how to split the not insignificant profits” from TechCrunch50.

Previously, Arrington and Calacanis had upheld TechCrunch50 as the antidote to events like DEMO which charged companies thousands of dollars to participate. TechCrunch50 charged its showcase companies nothing. Now, The Launch Conference goes one step further: Calacanis will pay companies to play, in the form of an investment. If nothing else, it’ll be a kick in the pants for the startup-conference circuit.