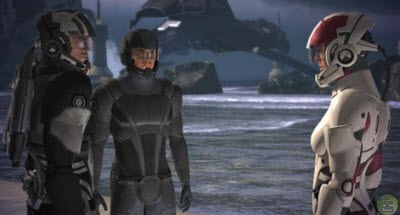 EA said revenue rose 14 percent in the quarter ending March 31, up to $979 million from $860 million a year ago. Earnings were $30 million, or 9 cents a share, compared with a loss of $42 million, or 13 cents a share a year ago. The company said that its Dante’s Inferno and digital online games revenues were also strong.

EA’s earnings are closely watched because, along with Activision Blizzard, it is one of the largest independent game publishers and its own health is closely tied to the health of the overall game industry. In a conference call, EA said it continues to invest heavily in an unannounced massively multiplayer online game. The company will launch Medal of Honor, a modern combat game, on Oct. 12.

At the E3 conference in June, EA will unveil a bunch of new sports titles, a new Harry Potter game, a Star Wars online game called The Old Republic from BioWare, Hasbro titles, a new Need for Speed game, DeadSpace 2, Crysis 2, Bulletstorm, a few Sims 3 titles, and other games. EA will also show games based on the upcoming motion-sensing control systems from Sony and Microsoft.

During the year, EA had 20 titles with an average Metacritic rating of 80 or above. Metacritic aggregates reviews on other sites and scores them on a scale of zero to 100.

“We are rebuilding EA’s reputation for quality with consumers and believe that will translate into benefits for investors,” said John Riccitiello, chief executive at EA.

Five EA titles sold more than 4 million units in the fiscal year: FIFA 10, Madden NFL 10, The Sims 3, Battlefield: Bad Company 2, and Need for Speed Shift. Overall online game revenue — which EA calls its digital business — was $570 million, up 33 percent. EA Mobile, which makes mobile games such as iPhone titles, generated revenue of $212 million in the fiscal year, up 12 percent from a year ago. EA said it has sold over 8 million units of its Hasbro-branded family and kids games, while the Sims franchise has sold more than 125 million units.

EA said that its Playfish division saw success with its launch of Hotel City, a Facebook game that has grown to 13 million users and is now one of the top 15 games. Playfish also has two existing top 10 games on Facebook: Pet Society and Restaurant City. EA will launch FIFA Superstars, a soccer game on Facebook, soon. That is the first branded EA game to be launched by Playfish since EA acquired it for as much as $400 million last year. EA continues to invest heavily in online games and downloadable content that extends a game experience after purchase.

John Schappert, chief operating officer at EA, said that in general, Facebook games dropped 4 percent during the fourth fiscal quarter for all game companies. But he noted the Playfish Hotel City game bucked that trend.

On the mobile front, EA generated $55 million in revenue in the fourth fiscal quarter, up 15 percent from a year ago. EA launched 5 iPad games on launch day on April 30, and it said it had two of the top three paid iPad apps. EA is the No. 1 game publisher on the iPhone in the U.S.  In the last fiscal year, EA Mobile launched 37 iPhone games and 50 mobile games.