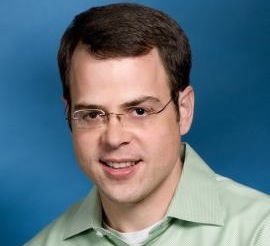 The news was first reported on AllThingsD, and has since been officially announced in a blog post by Mitchell Baker, chairman of the nonprofit Mozilla Foundation. (The foundation owns the for-profit Mozilla Corp.) Baker writes that when Lilly joined Mozilla five years ago, serving first as chief operating officer and then as CEO, he claimed he only wanted to stay for two years before going into the venture capital industry.

Sometime this year John will step down from his role as CEO at Mozilla to join the venture firm Greylock Partners, returning to his original plan of investing. John will remain on the Board of the Mozilla Corporation. And he will also remain at Mozilla during the transition. The timing of this announcement — just as we begin a formal search for a new CEO — is to make this process more open than is generally the case and is a reflection of the uniqueness of Mozilla as a public benefit organization dedicated to openness and participation in Internet life.

It’s been a pleasure to work with John in building an organization that marries our public benefit mission with extraordinary reach and excellence in execution. Mozilla is now on a path to reaching half a billion people (400 million so far) around the world in more than 78 languages, Firefox on mobile is coming to life — and Mozilla’s global community and organization is bringing individual empowerment to more people and more areas of Internet life than ever before.

Mozilla’s importance in the last five years goes beyond Baker’s litany of products and user numbers. Company spokespeople like to argue that Firefox sparked the emergence of real competition in the browser market. In fact, this news comes just after the public’s first look at the next version of the browser, Firefox 4, which looks rather similar to Google’s new browser Chrome.

This move also marks Greylock’s latest hire of a high-profile entrepreneur — it brought on LinkedIn founder Reid Hoffman back in November.

We are excited to have John Lilly join us at Greylock. John and I have worked together at Mozilla. As CEO, John led Mozilla from 20 million to nearly 400 million users. His experience as a founder, operating executive and board member will be a great resource to entrepreneurs. John also has an excellent background in open source, enterprise, consumer internet software—the areas of Greylock investments like Redhat, Workday, Linkedin and Facebook.