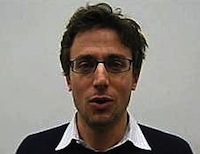 BuzzFeed, which features and tracks viral content, has raised $8 million in a second round of funding.

The news was first reported in TechCrunch, and cofounder Jonah Peretti (pictured) confirmed the news via email. RRE Ventures led the round, with participation from well-known angel Ron Conway through his SV Angel fund, and Hunch cofounder Chris Dixon through Founder Collective.

The New York City-based startup helps web surfers find videos or news items that are taking off in popularity. But it also provides data to help publishers like Time, The Huffington Post (which Peretti cofounded), and College Humor track and optimize their content for viral spread. It makes its money from advertising on its site and its network of viral content.

The site gets 3 million unique visitors per month, while the network gets 75 million uniques, Peretti said, citing comScore and Quantcast data. With the new funding, BuzzFeed will launch a service that lets anyone launch, optimize, and track viral content.

Oh, and if the viral concept is a little fuzzy to you, here’s a relevant excerpt from the company’s Frequently Asked Questions page:

Seriously, what does “viral” mean?
Viral traffic is traffic [that] comes from elsewhere on the web. Even if a post is very popular on BuzzFeed, we don’t consider a post viral unless it is getting shared, searched for, and linked to from the web at large. 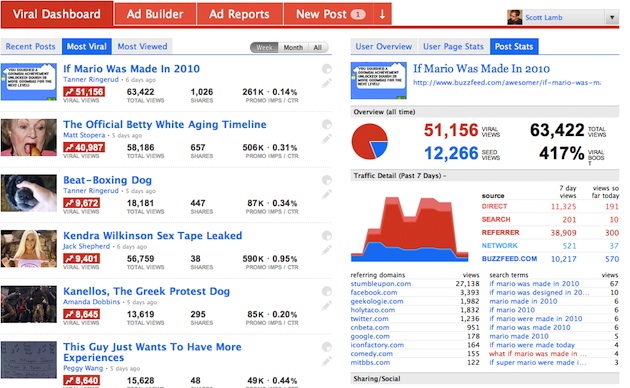