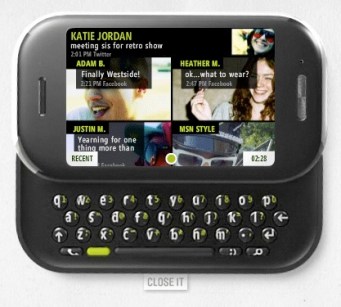 This guest column was contributed by Jack Gold, founder and principal analyst at J.Gold Associates.

Microsoft, along with Verizon in the US and Vodafone internationally, has now launched the Kin One and Kin Two smartphones. The question now is, will these phones succeed in helping Microsoft win back marketshare from Apple and Google, which have come to dominate the mobile market?

The price for the Kin phones in the US is attractive ($49 and $99 after rebate) and this price point should not give anyone pause in the purchase process, even tweens with somewhat limited budgets. However, Verizon basically has cut the legs out from under Microsoft by pricing the voice and data plans beyond what most would consider reasonable for capturing this demographic, and beyond what I would consider a compelling price point to really sell these devices in volume.

Basically, Verizon has priced these devices as full blown “Internet hogs” (which they are not). It charges $39.95 for voice and then adds $29.95 on top of that for data. That adds $720 to the cost of the phone over its two year life just for the data plan – a high price to pay for tweeners. And the majority of this target market will likely use a trivial amount of voice minutes – since most prefer to text and/or social network, so $480 a year for a service most won’t take much advantage of is a pretty heavy tax to pay.

Had Verizon offered a reasonable $10-$15 data plan and a limited voice plan in the same price range, I believe most purchasers would have considered the monthly cost a no-brainer. But by equating the cost of the KIN with the same plan required on a full featured smartphone (e.g., BlackBerry, Android), Verizon essentially put a huge stumbling block in the way of Kin’s broad adoption and indeed may have pushed potential Kin purchasers to competing platforms. (Of course, Verizon argues that since these are always connected devices, and users will be “synching” their pictures, videos, music, etc. in the cloud, they will be heavy users and Verizon has to charge accordingly. I don’t really buy that argument as I think most of the traffic will come from texting and light data (such as getting updates from Facebook). I think it’s more about Verizon maximizing revenue and limiting uptake, and not repeating AT&T’s iPhone mistake.) 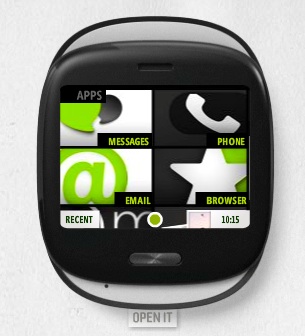 The phones have only been available for several days, so it’s hard to estimate at this point how sales are doing. But Kin is critically important to Microsoft. I recently blogged about the reasons Microsoft has to succeed with its new Kin smartphones even more than it has to succeed with its upcoming Windows Phone 7 release. In a nutshell, Kin  represents a much larger potential market for Microsoft than WP7 does.

Microsoft’s current Windows Mobile market share is sinking at an alarming rate. This is primarily due to Microsoft ignoring the needs of its key constituency, the business user, and significantly underfunding both new development and marketing efforts. It simply did not keep up with Apple iPhone, RIM BlackBerry, and Google Android in updated technology and market identification, and it’s probably too late to make up its lost ground.

In a belated attempt to reinvigorate its mobile presence, and, in my opinion, use its last chance at being a mobile OS player that matters, it launched a bifurcated strategy: WP7 for business oriented “prosumers” who want smartphones capable of connecting to corporate systems, and Kin for the socially-centric demographic of 12-30 year olds who are primarily interested in IM, Facebook and other such socialized interactions. This “Facebook in You Pocket” market represents a huge number of potential customers, dwarfing what Microsoft can achieve with WP7. This is the market that Danger’s Sidekick targeted, albeit by today’s standards, with a relatively outmoded device. Of course, Microsoft now owns Danger, and many people look at Kin as its direct line descendent with a more modern look. Danger’s user base was loyal, but small. Can Microsoft expand the base and appeal to a social-centric crowd with its new device? And can it carve out a niche and thereby establish its position in mobility without competing head-to-head with iPhone, BlackBerry and Android?

Kin is really not so much about selling large numbers of phones as it is about establishing a large community base of users. In this regard, it represents a way for Microsoft to generate significant additional revenue from on-line services that power the device. Kin doesn’t encourage users to look for stand-alone apps the way iPhone and Android phones do. It works only by connecting to Microsoft Live services. In fact, Microsoft completely controls the OS and UI, and users must adapt to what the phone provides, rather than adapt the phone to what they desire. This may be unacceptable to some, but I believe most users will find this acceptable provided Microsoft offers a visually compelling and high performance display targeted to their type of interactions

Kin also makes use of immediate synching and in-the-cloud backup of any media it consumes or captures. Its Studio core in-the-cloud environment, where users manage the device and its media, is also a potential “gold mining” opportunity for Microsoft as it’s a highly sticky environment – a place where all the user pictures, songs, contacts, etc. get stored. And of course, with Bing being the only default search possible (it takes a lot of effort to use any other search engine like Google), and with a high degree of location-based services available (but only to Bing and Microsoft), and with Zune music services having a prominent (and exclusive) place in the mix as well as Xbox Live, there is clearly a significant revenue stream available for Microsoft to tap into. However, Microsoft must establish a trusted relationship with its on-line users and not repeat the fiasco of the Danger data loss debacle that essentially disabled all Sidekicks – many permanently. Such a problem, should it occur once Kin has an installed base, would be a catastrophe and would probably doom the device to failure.

But is Microsoft too late to the party? Is Kin too little too late? Is the “niche” Microsoft has targeted with this device really available to it? There is no question that Microsoft has an uphill battle. But the phone market continues to expand and Microsoft does have an opportunity to capture significant numbers of users in the targeted niche, provided it offers a compelling experience to this demographic at an attractive price. It is not yet clear that KIN can do this, but Microsoft is on the right track, in my opinion, by trying to simplify the user experience and providing services from the cloud. However, along with locking down the device, Microsoft must provide a compelling and expanding service offering, including a method for third parties to offer popular services Microsoft does not have. Microsoft does no yet have such a capability in place, and it must add this quickly so Kin doesn’t stagnate.

What should Microsoft do now to give its phones a better chance to succeed? It should immediately work with Verizon (and Vodafone as well) to offer a much lower, potentially “subsidized” price to Kin users. This could be in the form of some sort of revenue sharing with carriers, or it could be through harder negotiating or pay-as-you-go services. In any case, without this cost reduction, I believe the Kin will suffer the same fate as other badly positioned and marketed devices (such as Palm’s WebOS phones). Microsoft should also immediately begin to build out an ecosystem of service providers that can ride on top of the Live service powering the phones to enable a broader array than it can offer by itself. It should not repeat Apple’s mistake of tightly reigning over the platform to the exclusion of all but its favored players. Let your users decide.

I do not believe Microsoft will get another chance to be a significant player in the mobile OS market if Kin is not successful, as I don’t expect WP7 to be able to carry them through. Microsoft has invested too much in this effort, and a failure will eliminate them from contention in this market. And, frankly, Verizon has made it extremely difficult for them to succeed based on the current price of services. Of course we shouldn’t feel too sorry for Microsoft, as it makes the majority of its revenues in the desktop, server and enterprise space. And phone users continue to use Exchange email and work with Office documents. But clearly if Microsoft loses the Mobile OS wars, it will see more of its market erode, particularly to online providers like Google. Time will tell if Microsoft has this right. I think the strategy is sound. But success will be determined in the details of implementation, and so far I see some serious issues.

Jack Gold is the founder and principal analyst at J.Gold Associates, an information technology analyst firm based in Northborough, Mass., covering the many aspects of business and consumer computing and emerging technologies.