TeleNav (TNAV), provider of mobile-phone navigation services, had an incredibly strong first day on the market, with its share price rising 23 percent — even though it slashed its price from the forecasted $11 to $13 range to $8 upon its debut. The turnaround, closing at $9.80 for each of 7 million shares (totaling $56 million), is a pleasant surprise for its investors. 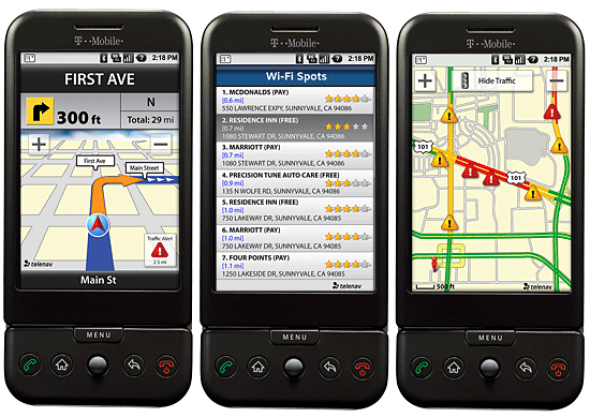 The price cut is more indicative of the current volatility of the IPO market than TeleNav’s prospects. Investors are skittish about how their portfolio companies will perform at higher prices. The 1,000 point drop in the broader market last week (which forced four companies to withdraw IPO filings) has prompted many analysts to say the IPO market is freezing over again.

This makes the Sunnyvale, Calif. company relatively special. It launched on the same day as clothing retailer Express and freight transportation company Roadrunner Transportation Systems, and both of those companies saw a drop in price, 1.5 percent and 1.8 percent, respectively.

TeleNav’s success is actually more surprising in light of its recent decline in revenue. But it appears that lower prices have helped the brand recruit more users and bump its net income 57 percent to $31 million in the last fiscal year. These results probably contribute to the rise of the stock, which hit a high point of $10.30, and is still up at $9.15 at press time.

This is in no small part due to one of TeleNav’s investors, Menlo Ventures, gambling on its ability to go public in shaky conditions. The firm actually purchased more shares in the company after it decided to lower its sights from $11 – $13 to $9 – $10.

Menlo may have been duly rewarded for its loyalty (we’re trying to figure out how much right now), but TeleNav isn’t sitting pretty yet. Even though it has landed lucrative and exclusive contracts with both Sprint and AT&T, the company is confronting a new foe: similar applications offered for free by the likes of Google, Nokia and now Microsoft, which are building their own location and navigation services in-house. Add them to dedicated GPS device makers like TomTom and Garmin, and its clear TeleNav is swimming in shark-infested waters.

For now, probably with these concerns in mind, the company appears to be playing it safe, watching to see what happens with this first exit before a second offering.