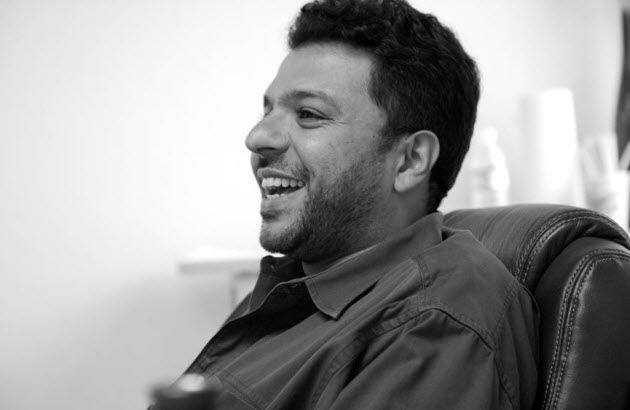 CrowdStar, the hot social gaming company, will announce Monday that it has hired AdMob executive Niren Hiro as its chief executive, VentureBeat has learned.

Crowdstar is the creator of popular social games on Facebook such as Happy Aquarium and Happy Island. These games may sound trivial, but they’re generating considerable cash for the Burlingame, Calif.-based company. Users play the games for free but pay for virtual goods such as fish food.

With that model, Crowdstar has seen huge growth, particularly since it launched Happy Aquarium in September. The company is profitable, has more than 50 million users, and has been able expand to more than 70 employees in a very short time.

During that phase of rapid growth, Crowdstar has run itself without a formal organizational chart — a self-organizing style common in fast-growing startups populated by experts in their field. Even with that loose structure, Crowdstar has been able to join the top ranks of social game companies, which include Zynga, EA Playfish, Rockstar, and Playdom. 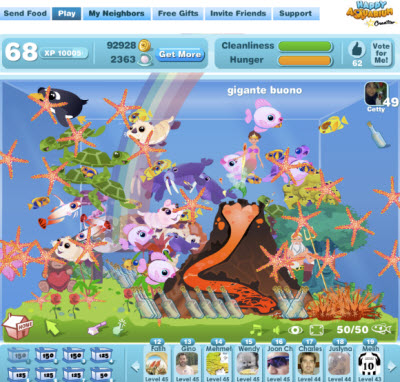 Hiro, the new CEO, is coming in to bring some order. But in an interview, Hiro said that he doesn’t want to change the company’s agile and flexible culture. Crowdstar has been able to adapt to the different opportunities on Facebook because it isn’t bureaucratic, Hiro said.

The leaders of the company — founder Suren Markosian and game veteran Jeff Tseng — will continue to focus on making games and Hiro said that his addition will free them up to focus on games.

“I feel fortunate that I found a company that is lean, mean, fast, agile and highly creative,” Hiro said. “There is more work to be done at Crowdstar, like building business infrastructure so that it can continue to scale and build the games that delight users.”

Markosian and Tseng ran a small team of less than 20 people for a couple of years, experimenting and learning about Facebook games. In September, they struck gold with Happy Aquarium, which debuted that month and shot to more than 25 million monthly active users. It has since declined to about 18 million, according to AppData.

But the simple fish pet game was enough to put Crowdstar on the map and enable it to expand its team. Now it has more than 42 million monthly active users on its Facebook games, again according to AppData. Crowdstar chairman Peter Relan said that the company actually has more users from its earlier games and apps that it created for other companies, pushing overall users above 50 million.

Dropping Hiro into this game-making blender is going to be interesting. Other fast-growing social game firms such as Zynga, Playdom and Playfish have often turned to console video game industry veterans when hiring executives. But Relan, who is also chairman of YouWeb, the company that incubated Crowdstar, said in an interview that the company’s operations share very little in common with traditional game companies, which are organized into studios run by executive producers and work on games for a couple of years each. Rather, he views Crowdstar as a Web service company that constantly responds to what users want.

Since 2006, Hiro (pictured above) served as vice president of worldwide business development at AdMob, the mobile ad platform company that Google has agreed to acquire for $750 million. He has 20 years of experience at internet companies such as Yahoo!, CBS Sportsline, MTV Networks, Plus Channel, and BPL Mobile (a France Telecom joint venture). Hiro was the first business hire at AdMob when it was a small company. He said he likes being part of high-growth companies.

“Going forward, we are gunning for much more growth,” he said. “We are bringing in additional talent.”

Asked if he wants to move the company into ad-based games in the mobile market (where AdMob operates), he said there was no specific agenda for that. He did note that Crowdstar has launched its Happy Aquarium game in Japan on the mobile social network Mixi, where it is one of the top five games. That expansion into mobile will continue. Hiro said that the company can fund its expansion from its profits and sees no need to raise capital. It has been approached by lots of investors, but will only raise money if the opportunity is right.

There are certainly a lot of challenges ahead. Zynga has about five times more users and perhaps 10 times more employees. But Relan said that Crowdstar is focused on users, not catching Zynga.

Zynga has run into difficulties lately, with growth slowing down thanks to limitations that Facebook has put on players sending viral communications to other Facebook users. While Zynga is valued in the billions of dollars by some estimates, investors are worried that it has too much riding on Facebook, which is about to launch a Facebook Credits virtual currency that will bring more of the profits in social games into Facebook’s coffers.

Relan said he was not as concerned about Facebook’s moves as Zynga apparently is. He is chairman of Aurora Feint, which operates a social game platform on the Apple iPhone. He is used to the notion that the platform owner should take its own share of revenues, and Relan said that Crowdstar can operate profitably even if Facebook takes a 30 percent cut through its Facebook Credits program. He said Crowdstar would be “partner friendly.”

Hiro was also on the board of Aurora Feint, which is how he met Relan.

Both men acknowledged that Facebook games are moving into a new chapter. The last generation of games were simple, casual titles that grew extremely fast through Facebook’s viral channels. Now that Facebook has slowed those channels with its platform changes, Hiro said high-quality games will win.