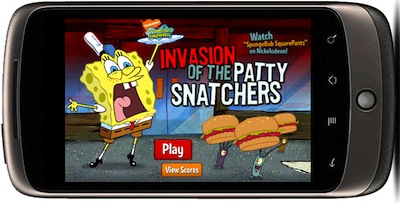 After all the debate about whether or not Adobe’s Flash is the right technology for smartphones, owners of phones using Google’s Android operating system should finally be able to try it out for themselves.

Adobe is releasing a test version of Flash for the latest update to Android, version 2.2 code-named “FroYo.” Anup Murarka, who heads partner development for Flash, said the new Flash Player 10.1 is still on-track for a general release on Android phones and on desktop and netbook computers in June.

This comes after a long war of words between Apple chief executive Steve Jobs and Adobe, with Jobs penning a long article criticizing Flash as an outdated technology, which he said is why Apple is blocking Flash on iPhones and iPads. Among his criticisms were frequent crashes, high battery consumption, and the fact that Flash was designed for keyboard-and-mouse interaction, not touchscreens.

Adobe executives have fired back, with Chief Technology Officer Kevin Lynch comparing Jobs to railroad tycoon from the 19th century, and saying that Adobe has solved the technology issues and is only blocked because Apple is playing “legal games.” Moving forward, Lynch emphasized the importance of all the other devices that Flash will work on, starting with Android, and eventually adding Windows Phone 7, Palm, BlackBerry and Nokia’s Symbian phones.

Adobe team members have been demonstrating Flash on Android at conferences and in videos, but this is the first big public release. Murarka said that Adobe has been “rebuilding the foundation of the player,” so that it now supports mobile features like multi-touch touchscreen interaction, an accelerometer so it can switch layout depending on the orientation of the phone, and improved zooming. Power consumption should be improved too, with Adobe reporting that the Nexus One battery supports three hours of video or four hours of game-playing in Flash.

For users, the big difference is that a lot of websites that were limited on other phones because of a lack of Flash, for example video on the YouTube, some of the media presentations on The New York Times, games on Kongregate, and many more, should now “just work.” The one big exception is Hulu, which broadcasts TV shows in Flash but doesn’t have permission to offer those shows on mobile devices.

The company actually sent me a Nexus One to try out Flash, but unfortunately I wasn’t able to get it to work properly — presumably not because of any problems with Flash. Adobe says this I’m the only one with a test phone who’s reporting problems. If I get this fixed, I’ll do a follow-up post about the experience. [Update: And it works! Apparently I had a phone where Flash wasn’t installed.]

Outside of the web browser, Adobe is continues to work on the next version of Air, its platform for downloadable applications, which it’s pitching as a tool for creating smartphone apps that work across devices.