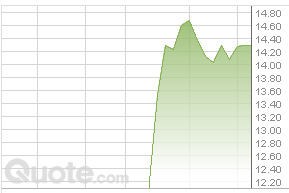 That’s $54 million for the company, which sells an online ad platform for small-to-medium size local businesses that want to advertise to local customers. The offering was underwritten by JPMorgan and Bank of America Merrill Lynch.

Unfortunately, that’s nowhere near a Netscape or VA Linux-sized return on the $68 million that VantagePoint Venture Partners, Rho Capital Ventures, and Galleon Special Opportunities Partners have poured into the company since 2004. In 2007, those three companies put up $55.2 million in funding. But these days, any exit is a good exit.