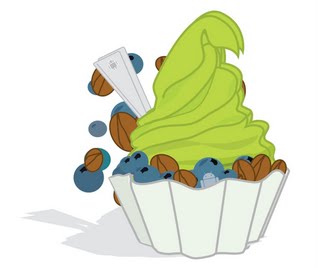 Google announced the release yesterday of the software development kit of Android version 2.2, nicknamed FroYo. This release represents a big shake-up for the industry.

In a recent test on the Google Nexus One by developers Android Police, FroYo delivered a whopping 450 percent speed boost on the Android handset. In the industry standard performance test called “linpack”, FroYo scored a whopping 37.5 MFLOPS processing power as compared to 6.5-7 MFLOPS on Android latest 2.1 release from January. (MFLOPS stands for a mega floating-point operations per second and is a standard term for measuring the speed of computers performing floating-point calculations.)

Such performance gains from operating system upgrades (without a single hardware improvement) are unheard of in the industry. The software innovation released to the market with FroYo, mostly around a just in time virtual machine compiler called Dalvik, will raise eyebrows and shock competitors. It’s very unlikely that Google’s competitors will be able to follow suit.

This increase in processing power means that Android device makers like Samsung, HTC, Sony Ericsson or LG, can put Android 2.2 software on what the industry today considers feature phones – that is to say, affordable handsets that are not considered smartphones.

With Android 2.2 able to execute application code 450 percent faster, these device makers will be able to use cheaper, slower hardware and get phones into the market, which by all measures behave like smartphones.

Currently many phones at the affordable end of the market, such as the newly launched HTC Wildfire run 525MHz Qualcomm Snapdragon chips. With Android 2.2 SDK, they will be able to achieve higher performance for example from a 400MHz chipset.

For comparison, the Motorola Droid has a ARM Cortex A8 550 mHz processor. LG recently launched the Ally, which is a mid-range phone with Android 2.1, a 600 MHz ARM11. The iPhone 3GS has a 600 MHz ARM A8 Cortex chipset. Now ST-Ericsson recently announced an ARM9-based 468MHz chipset designed for low-cost smart phones running Android that can, among other things, deliver seven-hour 3G talk time.

The Android 2.2 SDK means that device makers using chipsets like this will now be able to offer similar experiences at a much lower price.

During the first quarter of 2010, Google’s Android was the fourth highest selling smartphone, according to Gartner’s research released on Wednesday, pushing Microsoft in to fifth. Meanwhile, market leader Nokia’s market share has also been slipping, down to 35 percent in Q1 2010.

The Android 2.2 SDK release means that today’s market share for feature phones just got smaller and the drop for both will accelerate at an unexpected rate.

What this ultimately means is cheaper, better phones at the low end of the market. Consumers will be able to achieve a Motorola Droid level of performance on far lower end devices, and the entry price point for Android smartphones is going to come down quite substantially.

Consumers will see this effect on many of the Android phones which were released this year, Androidcentral reports.

The innovation in Android SDK 2.2 does not merely relate to smartphone devices, it also relates to in-car entertainment. Google has recently announced a partnership with General Motors to use the Android mobile operating system to link phones to GM’s OnStar information service. This allows users to unlock their car doors, start their car, and sync your car’s GPS system to Google Maps, all from your phone handset. This is another challenge to Microsoft, which offers its own Sync service.

As we have seen from Google’s launch of Google TV, Google also has ambitions in the TV industry.