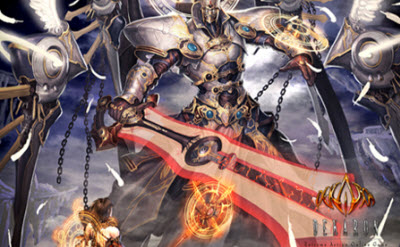 Nexon is buying 29.3 percent of the company’s shares as well as management rights for control of GameHi from Gun-Il Kim, the largest shareholder in GameHi. GameHi is known for its online games Sudden Attack and Dekaron (pictured), while Nexon has had big hits such as Maplestroy and Dungeon Fighter Online.

Nexon pioneered the free-to-play business model, where users play an online game for free and the publisher charges them real money to buy virtual goods in the game. That business model has fueled Nexon’s growth; the company just reported that its 2009 revenues grew 56 percent to $561.5 million, up from $359.7 million in 2008. First quarter revenues were up 28 percent compared to a year ago.

Min Seo, chief executive of Nexon, said he believes the two companies share a lot of synergies. GameHi was founded in 2000 and its Sudden Attack game has been the No. 1 first-person shooting game in Korea with as many as 250,000 concurrent users.

One of Nexon’s big challenges is to get Americans to embrace online free-to-play games as much as consumers have in Korea. Dungeon Fighter Online has brought in ore than 200 million new registered users and has hit a maximum concurrent user count of 2.4 million. Dungeon Fighter Online will formally launch in North America on June 9.

The company intends to launch the free-to-play MMORPG in North America as Dungeon Fighter Online on June 9th. Maplestory has 95 million registered users, including 6 million in North America, while KartRider has more than 200 million registered users worldwide.  GameHi’s revenues last year were $33.9 million and its operating profit was $9.7 million.