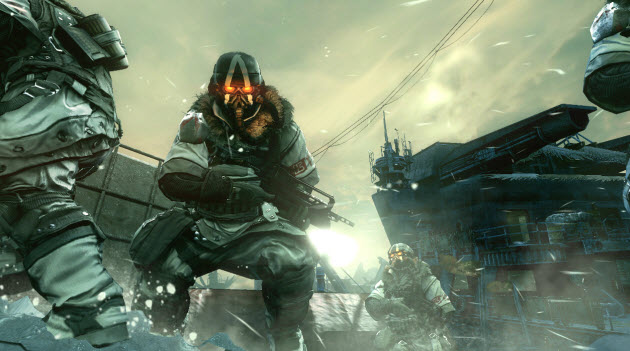 Sony showed off the full glory of its upcoming Killzone 3 video game for the PlayStation 3 last night at a press event in San Francisco. The game looks outstanding, with intense and movie-like combat scenes, but I wasn’t impressed with its attempt to tie the game to 3D TV and 3D viewing glasses. 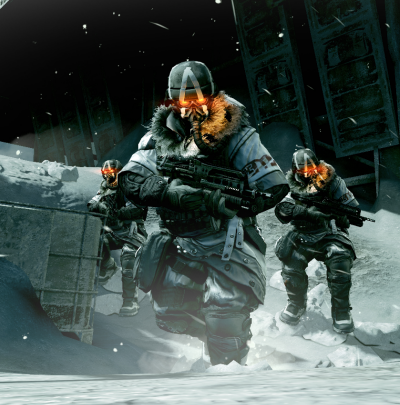 Killzone 3 is one of Sony’s flagship games for the PlayStation 3 and the fast-action sci-fi shooter is quite worthy of praise. The technical innovations in the game are important because they will set the pace for the industry and eventually make their way into many games. But game developer Guerrilla Games has a lot to do before the 3D TV version of the game becomes ready for prime time. With three-dimensional visual effects, the game becomes blurry, imprecise, and disorienting.

It’s still a work in progress, as Killzone 3 isn’t coming out until 2011. Sony itself will have to keep working on cost and quality for 3D glasses and 3D TVs.

We all know that, in a time of declining prices, TV makers are desperately hoping that 3D viewing will catch on at home. While the blockbuster 3D movie Avatar convinced audiences that 3D viewing works great in theaters, there are still a lot of hurdles before the quality becomes good enough for home viewing. Still, Sony is getting started with the launch of its 3D TVs in June, while Samsung and Panasonic have already started. 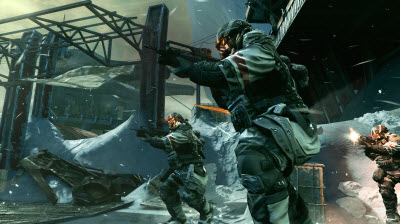 Hermen Hulst, managing director of Guerrilla Games, says his team focused on 3D TV viewing because Killzone has always been focused on epic, immersive and cinematic games. It delivers you into the heat of the action, and 3D viewing immerses you in it, he said. He contends it delivers a whole new experience and lets you read environments better, makes it easier to aim, and easier to navigate.

I would agree with that — but only when 3D TV works flawlessly. The visuals I saw last night were not finished, and Hulst said they are still early in development. The imagery did not live up to the billing because 3D TV adds secondary images known as ghosts when you are not perfectly aligned with the screen. When you’re playing a game and moving around, it’s pretty hard to stay in the perfect position. Clearly, Sony is pushing this technology hard because it is something that neither Microsoft nor Nintendo is focusing on; if it’s done right, it can differentiate Sony’s games from the pack.

If they get it to work, then you’ll see more visual cues that help you. The missile being shot at your head will appear to whiz by you. Your gun’s crosshairs will focus on targets that are either close to you or further away. Objects in front of you will add depth into the middle of the picture, while weapons in your hand such as a knife will appear to pop out of the screen. I want that, but not at the sacrifice of things such as sharpness, speed, and a feeling of orientation. With 3D, it’s too easy to turn your head, lose contact with the screen, and then start seeing double images. 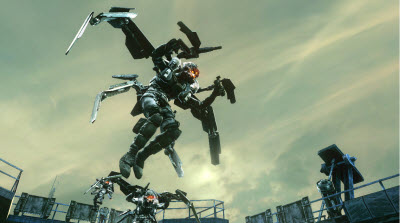 The good thing is that Killzone 3 will work fine on a standard high-definition TV and it will be visually breathtaking. The game franchise has always been an attention grabber. The first Killzone — which pit the human race against the scary Helghast humanoid aliens with orange glowing goggles — debuted in 2004 for the PlayStation 2 as Sony’s answer to Microsoft’s Halo sci-fi shooting game. It depicted near-future combat in a realistic way, pushing graphics to the limit.

Killzone 2 was supposed to be a curtain raiser for the PlayStation 3, and the early video of the game made everyone’s jaw drop at the E3 show in June, 2005. But Guerrilla Games struggled to finish the huge game with a team of around 130 people, and it wasn’t released until February, 2009. By that time, Nintendo had sold more Wii consoles than Sony and Microsoft combined. While Killzone 2 sold well, it wasn’t the blockbuster game Sony hoped it would be that sold tons and tons of PS 3s. Still, Killzone 2’s visual quality was so high that it was the start of a turnaround for Sony. 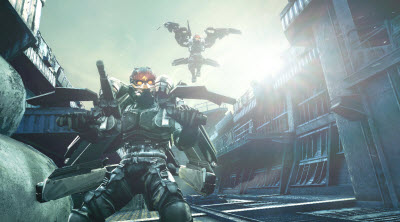 With Killzone 3, development has been underway for a year and a half with a team of 130 people, said Hermen Hulst, managing director of Guerrilla Games in Amsterdam. The story picks up right after the events of the last game on the home planet of the enemy, Helghan. The human forces are underdogs because their forces have been decimated by a nuclear explosion and the player has to help turn things around in environments that include arctic blizzard settings, nuclear wastelands, and jungles with terrifying monsters.

“It’s about David vs. Goliath, and there are thousands of Goliaths,” Hulst said. 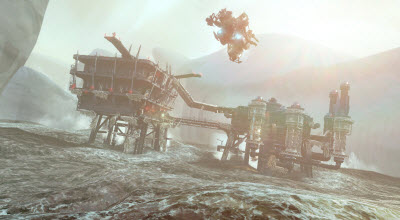 The game was inspired by the success of visually arresting PS 3 games such as Uncharted 2: Among Thieves and God of War III. Accordingly, Guerrilla Games is creating a brand new rev of its game engine (which governs game play and graphics quality). Hulst promises battle environments that are 10 times larger than Killzone 2’s as the developers try to push the PlayStation 3 to its absolute limit without slowing down the game. Hulst showed off the fourth level of the game, in an arctic oil rig in blizzard conditions, and it was indeed a vast level. The level is part of a big single-player campaign game with a great deal of 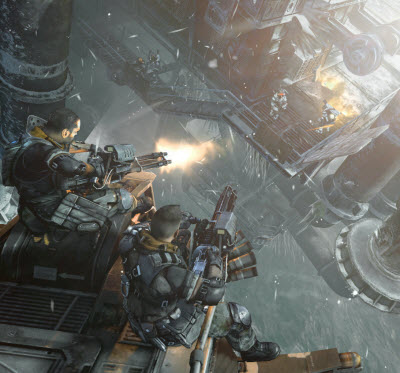 variety in weapons, environments, vehicles and storyline. New multiplayer game modes will be revealed later on.

The game will include new weapons like some bad-ass missile launchers that you can pick up and carry as well as jet packs that you can use to fly around the battlefield (these features are being used to great effect in Halo: Reach coming this fall). It will also have a dynamic melee system where you can brutally dispatch a rival up close. If you’re near a wall, the animation will show your character slamming the enemy’s head into it, or if you’re sneaking up behind an enemy, you’ll dispatch the enemy with a knife, assassination style.

Sound quality will get better with “depth of field” audio.” It dynamically focuses the audio so that you “hear what you need to hear” in a chaotic battle, Hulst said. 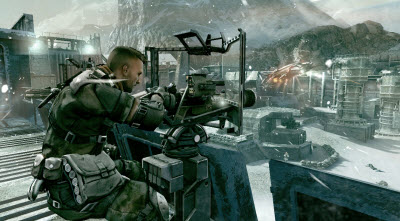 In the level that Sony showed, your team lands at an arctic oil rig and runs into hordes of Helghan enemies hiding behind obstacles and shooting. You have to pick some of them off from afar, but with many of them you have to get close and engage in brutal firefights. And in the closest contests, you have to initiate the brutal melee tactics to survive. You use heavy-duty weapons, shoot flying Helghast enemies out of the sky and then take to the air yourself with a jet pack. The experience is quite exhilarating, but it looked better and played better without the 3D glasses, in my humble opinion. I would love to be proven wrong when the game ships.