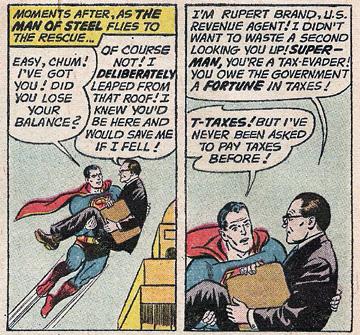 The U.S. House of Representatives has passed HR 4213, a bill that will double the tax on carried interest — that’s “carry” if you’re a venture capitalist — which many investors factor in as part of their long-term investments in startups.

What’s carried interest? Let’s sharpen Wikipedia’s entry: Carry is a share of the profits of a successful partnership that is paid to the manager of, say, a private-equity fund. It’s a form of compensation designed to reward the manager when they make money for investors.

In private equity, in order to receive carried interest, the manager must first return all capital contributed by the investors, and, in certain cases, the fund must also return a previously agreed upon rate of return — the hurdle rate — to investors.

The details vary from firm to firm and fund to fund, but here’s what matters: Carry is taxed as capital gains, just like the profits from a successful IPO.

HR 4213, if passed into law, will change the tax status of carried interest to a blend. One fourth of the income remains capital gains, but 75% will be taxed as regular income. To investors, the change not only cuts into their take, it also implies the value they’ve built is the same kind of money as a regular paycheck. That’s why they’re extra-angry.

Carried interest is one of several easy targets for Congress, which is looking for ways to bring in fresh revenue for the U.S. government while also granting temporary extensions to corporations that might otherwise need to cut jobs, or to get creative with the accounting books in ways that won’t end up as taxes paid at some point.

But the bill, according to the National Venture Capital Association which represents more than 425 VC firms, “effectively removes any meaningful tax incentive for long term investment in new companies” by averaging out to a 35 percent tax rate on fund managers’ carry.

A group of conservative Democrats known as the Blue Dogs failed to keep the House from passing the bill, or from reducing the increased carry tax.

NVCA issued a statement on the bill’s passage that said, “If this bill is signed into law, Congress should expect a further decline of venture investment over time, a move away from seed and early stage investment, and less innovation and job creation for our country.”

The Senate will pick up the bill in early June. The Wall Street Journal reports that the paper’s Senate sources think slackening the 75-25 split on carry to 60-40 would improve the overall bill’s chances of passing.