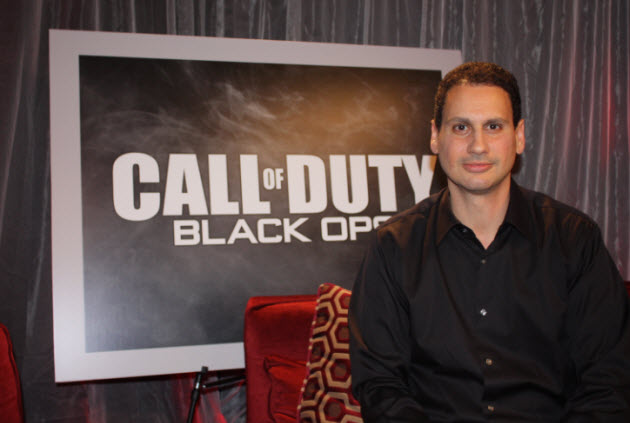 With the launch of Call of Duty Black Ops this fall, Activision’s other combat game studio, Treyarch, is stepping into the spotlight. Treyarch has more than 300 people working on the game which releases on Nov. 9 and is the latest in a series that has generated more than $3 billion in sales. In the past, Treyarch was overshadowed by Infinity Ward game studio, which launched Modern Warfare 2, the most successful game in history, in November. Infinity Ward has lost its leadership in a nasty battle with the parent company, and so now Treyarch has to prove that Call of Duty still has legs. We talked with Mark Lamia, studio head of Treyarch, about this challenge. Here’s a transcript of our interview. 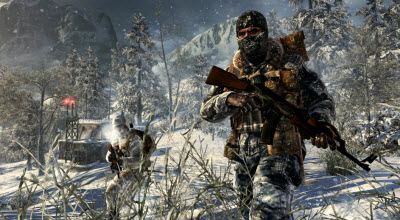 VB: Tell me about Treyarch’s evolution. At first, Infinity Ward was viewed as the premiere studio and Treyarch did everything else, like the secondary games in the Call of Duty franchise. Along the way, that changed. Things got much more serious on Treyarch’s side. Tell me about that transition.

ML: Treyarch used to work on multiple games at one time. Right now, the only thing we’re are working on is Call of Duty and right now that means the only thing we are working on is Call of Duty Black Ops. About two years ago, when we were doing Call of Duty World at War, we had three titles in development simultaneously. After that development, working with the studio leads, we totally focused all of our attention on Call of Duty World at War. We wanted to make sure there was plenty of extended content. We listened to the community and what they had to say about the game. For this game, having the entire studio focused on a Call of Duty game from the beginning has made all of the difference.

VB: Was there a period of time where you were in basic training and had to prove your studio’s value?

ML: I have a long history that goes back to the first Call of Duty. Some of our team members have worked on four or five Call of Duty games. They have been at the table playing. But having the whole studio’s focus on one game means that we are all in. You never approach a game as basic training. You try to create a game experience that people are going to love. Clearly, as we have gotten more experienced, we honed our skills and have greater mastery, both technically and creatively.

ML: Yes, Call of Duty 3 we did in less than a year. World at War we did in two years. We were able to do twice as much with it. 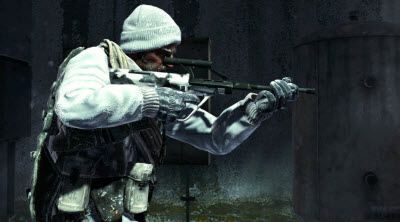 VB: Did you realize that everything was getting more complex and you had to focus?

ML: Yes, as a studio head I decided we had to focus everything on Call of Duty because making a great game takes everything you’ve got. We are now on our third Call of Duty in this generation of console hardware, and our sixth game of any kind in this hardware generation. We can now realize the designs we want to do with a laser-sharp focus. Everyone is focused on Black Ops, and we believe that game trailer can speak for itself. We hope it will pay off for the fans and that they enjoy the outcome.

VB: What was the kind of game you wanted to create?

ML: We wanted to do something new as creators. New for us, but also new for the Call of Duty franchise. We came upon the era of the Cold War. But it’s not about the Cold War. It’s about the secret wars that took place even as hot wars were going in places like Vietnam. There was unconventional warfare going on. What we came upon was fertile ground to come up with all of these ways to create new game play, new game design, and take on new challenges. And frankly give Call of Duty players something fresh.

VB: I see there are different kinds of ammo that you didn’t have before.

ML: Yes, that came from talking to veterans from that era. Major John Plaster was a member of SOG, the Studies and Observations Group in the Army. He would have to go on missions. Before they did, they went to these armories and created the load-outs, or the weapons they had to carry. These guys were the best of the best. They were the godfathers of tactical recon. When we came up with our missions, our designers thought about the the loadouts they would have to have to fulfill those missions. 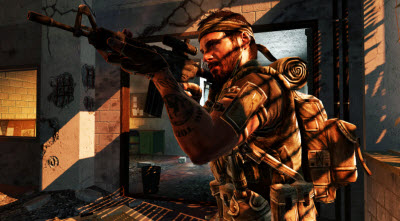 VB: So how much of the game is true?

ML: Well, it is inspired by true stuff, but it is fictional. It is the same as we have done in other historical games. We create an entertainment experience based the history.

VB: You showed a mission in the Soviet Union and another in Hue in Vietnam.

ML: Yes, the first is called WMD. In the Hue City level, it occurs during the Vietnam war. But in our story, you are there for a different mission. You are trying to capture critical intelligence inside the CIA headquarters. There are critical pieces you need to capture as the place is being overrun. Historically, that place was overrun by the NVA in the Tet Offensive in 1968.

VB: It sounds like you did not want to do a historical Vietnam War version of Call of Duty.

ML: Yes, we didn’t want to take on the Vietnam War. This is a game about Black Ops during this era. There is a layer that people know from the history. Then there is what you don’t know, underneath the layer. As game designers, that inspired us to come up with a rich story across a larger period of time than just the Vietnam War conflict. The Black Operations span that era but also involve very different types of elite forces.  That totally opened up the game play and let us do something new for the players.

VB: So we can see this in November? 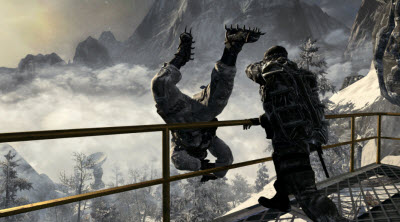 VB: You guys must be done now?

ML: (Laughs) We are heavily iterating on it now.

VB: The ammo we saw was unique. The shotguns with exploding shells that spread flames. What was that?

ML: It’s called Dragon’s Breath. It’s an incendiary form of ammo that we researched. Here’s how we came up with it. We met with veterans. They told us they packed their own ammo, things that were not conventional. They had access to experimental weapons before they were mass produced. These guys came and talked to our team. We asked what would be needed in certain missions. The Dragon’s Breath is visually impressive with the incendiary shot. The headquarters in our story, the MACV, is totally destroyed.

VB: The visuals looked better to me than a typical Call of Duty. How are they better?

ML: Yes, we have done some things to the engine that are better. The lighting system, the renderer, the effects, and the art we are working on is better. We have character artists. We want to tell a story in this game. We do performance capture. If you are not familiar with that, it is different from what we used to do. Before we would capture the motion of actors and then do voice acting in a booth. And we would do facial capture. With Avatar, James Cameron would capture an actor’s performance and apply it to a computer-generated character. That’s what we are doing in real time. When a guy looks at you and says, “I’m ready when you are,” it looks real because it is real. Under the surface, we have done a ton of work. We keep the game at 60 frames per second. That’s important to Call of Duty. 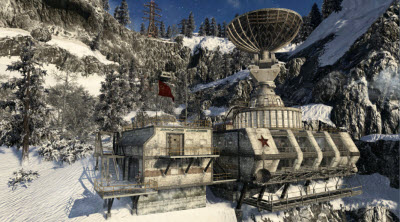 VB: It seems like you are still able to squeeze more out of the Xbox 360 and the PS 3. I guess we are not at a technological plateau on the game platforms yet.

ML: Right now we can do whatever we need to do on these platforms. As I said, it’s our sixth game on this hardware. We are pretty experienced with it. There are challenges.

VB: You are not wishing for a new platform?

ML: Right now we don’t need a new platform to realize our design goals. I can tell you if someone said here is a new platform with new functionality, we would jump all over it. But that’s who we are. But right now, everything we can think of that we want to do, we are doing it in the game.

VB: How many people are working on this game?

ML: Treyarch has 200 people but we have a full crew of testers as well. We have contractors and people who work with us. There are probably over 300 people working on this game.

VB: Bobby Kotick mentioned there are more than 500 people working on Call of Duty games at Activision Blizzard.

ML: Yes. I can tell you there are. We have casting directors, voice overs, testers and it’s a lot of people. 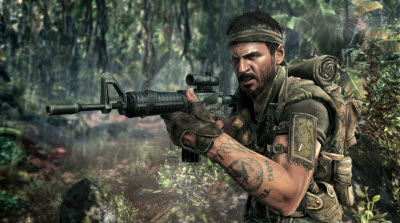 VB: I would guess that means the Call of Duty franchise has a lot of places to go?

ML: The franchise hasn’t gone everywhere it can. I would say it is not tapped out. The game designers do not feel that way. The goal is to make sure it’s great and that it retains the core essence of what is great about Call of Duty and deliver fresh new game experiences. That’s a guiding principle for Black Ops. We have a helicopter you get to fly, in a Call of Duty fashion. You can learn it easily and it’s a lethal weapon. In that level, there were technical challenges with long draw distances and have massive amounts of things on screen.

VB: How do you feel about the competition in this space? There is Battlefield Bad Company 2 and Modern Warfare. It’s starting to get intense in the combat market.

ML: It always has been. I have been working on shooters for over a decade. It’s always been competitive and intense. When you are making games at this level, you have your own expectations of yourself. When you are as focused as we are, we push ourselves really hard. It can be difficult at times. When you perform at this level, you have to be open to pretty harsh criticism and be willing to push yourself. Our team is definitely pushing itself and growing as a result. 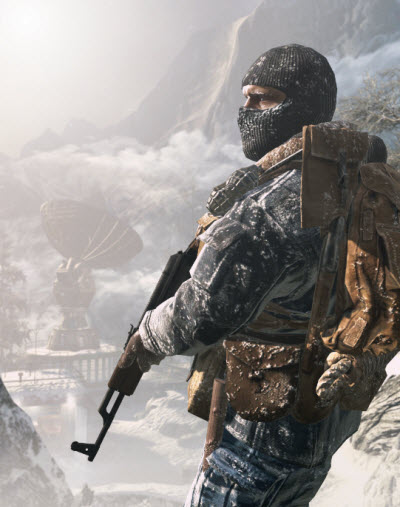 VB: You have seen some unfortunate events happen at your sister studio. Is there some expression of empathy you have about that?

ML: I think you coined the term there perfectly. It’s just unfortunate. What a great studio Infinity Ward is and it’s still filled with many great people. It’s unfortunate that it is in those circumstances. I am not at liberty to discuss them. I know many people at Infinity Ward and worked very closely with them on the early Call of Duty games. There  is a lot of great talent at the studio still and I expect them to produce great stuff. The studio will come together as a team.

VB: I guess you will see some of those that left out on the battlefield of the marketplace.

ML: (Laughs). Yes, I think competition is healthy. The players will benefit. I’m all for that.

VB: I”m looking forward to it. It’s as legitimate a Call of Duty as I’ve ever seen.

ML: Ho ho. Thank you. We are working real hard to make sure that people feel they are getting something new and that it is a Call of Duty game. We have been at the table a while, and now we are going all in.