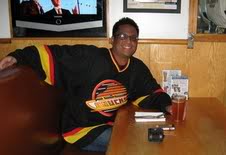 Editor's note: Toby continues his series of interviews with game developers by talking to Alain Quinto, a community manager for EA Sports. -Brett

I recently had the opportunity to chat with Alain Quinto, one of the community managers for EA Sports. His current roster of games includes NHL 10, Fight Night Round 4, FIFA 10 Ultimate Team, and NBA Jam. If you're on Twitter, you may know Alain as @sk88z.

Read on to find out what sport Alain would like to see EA turn into a game, whether we'll ever see another Mutant League Football, and more.

Toby Davis: So can you tell us a little about yourself and what your job entails?

Alain Quinto: I like think of myself as a gaming student. I’ll pretty much try any video game to find out what a developer or designer had in mind. I’m fairly competitive when it comes to sports, whether it’s real sports or video games, and working at EA has helped me appreciate that though I love winning, there’s the other side of the coin that one must learn to appreciate just as much in order to keep coming back for more.

At EA, I’m one of the community managers at EA Canada, managing or co-managing the sports titles that are developed out of the Burnaby, British Columbia, studio. This includes the NHL and Fight Night franchises, along with the NBA, NBA Jam, and FIFA titles as well. The day-to-day consists of working with our moderators to ensure timely communication on the forums, as well as reporting back to the development teams on any issues that require immediate attention. I also get to work with teams to help create contests and competitions for gamers. It’s pretty rewarding to see our fans competing and talking like real athletes, such as was the case with the NHL EASHL Championships last year. The most fun parts of the job are the times I get to meet fans of our games, whether that is at these gaming events and conventions or during community feedback sessions where we get the pleasure of bringing in fans from all over to our studios, such as with our recent NHL Community Event last week.

I’d have to say that the role of a community manager is ever-evolving and that what works for one CM may not necessarily work for another. At EA we’ve got a great complement of talented CMs that add up to an extremely strong team. It’s very much a customer service role mixed in with many facets of strategic communications. I’m lucky in that prior to my work as a CM, I worked on the development side of things in Quality Assurance, as well as on the publishing side in product marketing. During that time, I gained a strong sense of the game development cycle and what it takes to produce a title from pre-production right through ship and post-ship. One of my main goals is to help educate gamers on the process so our fans can appreciate the work and effort it takes to make a solid game year to year.

TD: You're involved with many of the sports games that EA makes. Do you favor one sports game over the others?

AQ: Being born and raised in Vancouver, I’m a die-hard Canucks fan, so the NHL franchise is easily my favorite. I’m also a boxing enthusiast, and with my native home-country brother Manny Pacquiao at the top of the Pound-for-Pound charts, he’s most definitely got my pick as favorite fighter to play in Fight Night Round 4. In FNR3, I actually took him from a featherweight up two classes on his way to a 62-0 record. Little did I know that his actual career would take a similar path in real life. 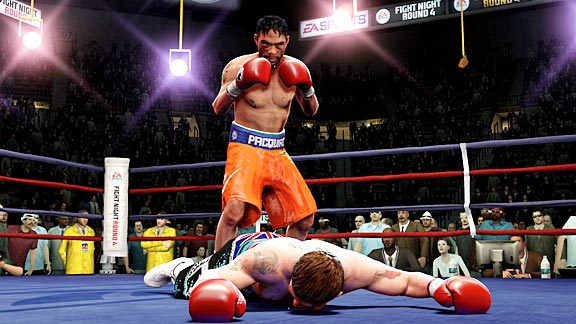 I also used to play Madden back in the early '90s when I was playing high school and university football. Alongside the NHL series, these two franchises have really provided me with a ton of great gaming memories over the years.

TD: What are your thoughts on the recent downloadable Arcade sports titles vs. the yearly sports games?

AQ: I think it’s great to see the Arcade sports games in the mix. I work with a lot of extremely talented developers, and when given the opportunity to expand their talents and creativity with our licensed products, they can really have a lot of fun and offer a different yet similar game and reach a wider audience. Obvious examples are Madden NFL Arcade and 3-on-3 NHL Arcade, which were created by the same development teams, I believe, that created the full sim versions. These two games are a lot of fun to play, and I have a lot of non-sports gaming friends that enjoy the fast-paced action and quick pick-up-and-playability of these arcade titles.

Furthermore, it could work the other way, where new game developers can create sports arcade titles as a starting point, with the ambition of creating more sim-like titles down the line. I believe in competition in our market, as it is definitely one of the many drivers for companies to make solid products year in and year out. 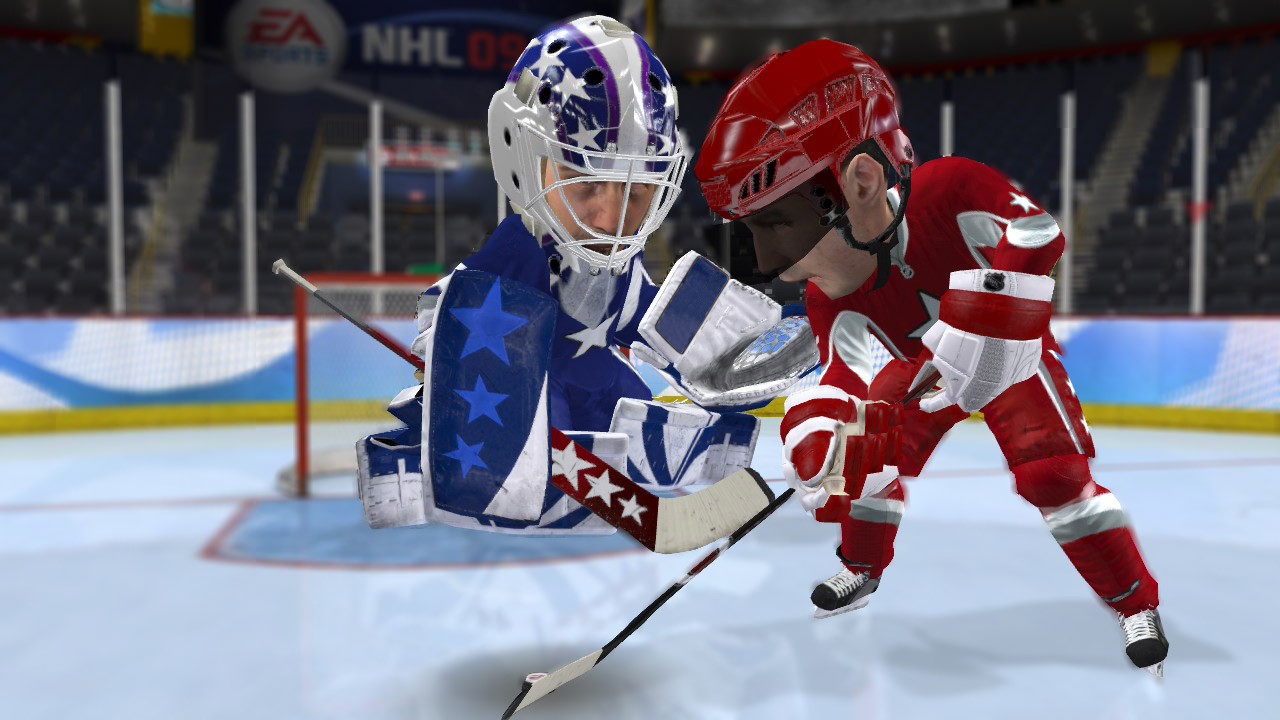 TD: If someone did away with Twitter/Facebook/MySpace, how would that affect your role as a community manager?

AQ: Do you remember the days before cell phones? As someone who used to run a direct-mail company, there were always ways to get your product in front of the consumer, even if it meant putting a foot in the way of a door slamming in front of your face! Information, whether it is word-of-mouth via direct advertising or media, or texts via cell-phones or e-mail, can never be stopped. As a community manager, one must tap into the channel where the most information is traveling and where it’s traveling fastest.

I think there has always been an effort by companies to get their message in front of the right consumer, though only recently have companies become much more adept at receiving messages back from the consumer and adjusting the products during development based on this consumer feedback. But even without those specific tools, there will always be a way to gather feedback and communicate with our consumer whether it be with game forums or online questionnaires.

I truly believe that the important factor is what companies do with the feedback and enabling our end users with the ability to have a say in the development of our products. At the end of the day, I feel that our fans just want to be a part of the whole process, and I really can’t see that being a bad thing at all.

TD: What sport not currently produced as a game by EA do you think needs to be made and why?

AQ: With motion sensing hardware on the way and being a proud Canadian, I’d love to see a curling title made. It’s one of the fastest growing sports worldwide and a sport that can be played by multiple generations at the same time. I can see the game also being a great educational tool for rinks looking to help grow the sport as well. I know…curling, you’re saying? Until you try it, don’t knock it! It’s hella fun! HURRY HARD! 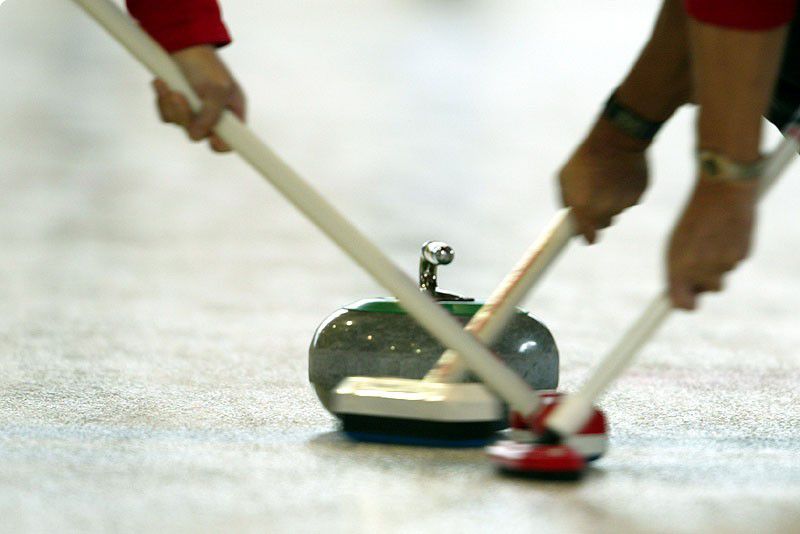 TD: Motion controls for all the major consoles are on the horizon. What are your thoughts on motion controls being used with sports games?

AQ: It must be done right. The last thing a gamer is going to want to do is a bunch of unrealistic motions in order to get an on-screen player to do the right motion. What I mean is that the hardware is going to have to adjust for different users’ styles of movement, and if a user does a movement that basically reflects what the real-life movement is, then the on-screen character should do the movement more or less without fail.

Another thing that worries me is that we’re talking about gamers here who, for the most part, enjoy emulating their favorite sports heroes, but they may not necessarily be able to or even want to mimic every action. As mentioned, I used to play university football, and though I love to play for real, sometimes I prefer to just pick up the sticks, sit back in my recliner and use my quick fingers to get in the game. If I want to do the real actions, then I’ll just go outside and toss the ball around. Just sayin’…

However, if motion controls mean that I may get a chance to virtually play in a Super Bowl and catch the winning touchdown, then that could be very cool as well.

TD: Two of the timeless EA sports titles from back in the early '90s were Mutant League Football and Mutant League Hockey. With a new NBA Jam, another game from the '90s, in production, what are the chances we'll see a new Mutant League? 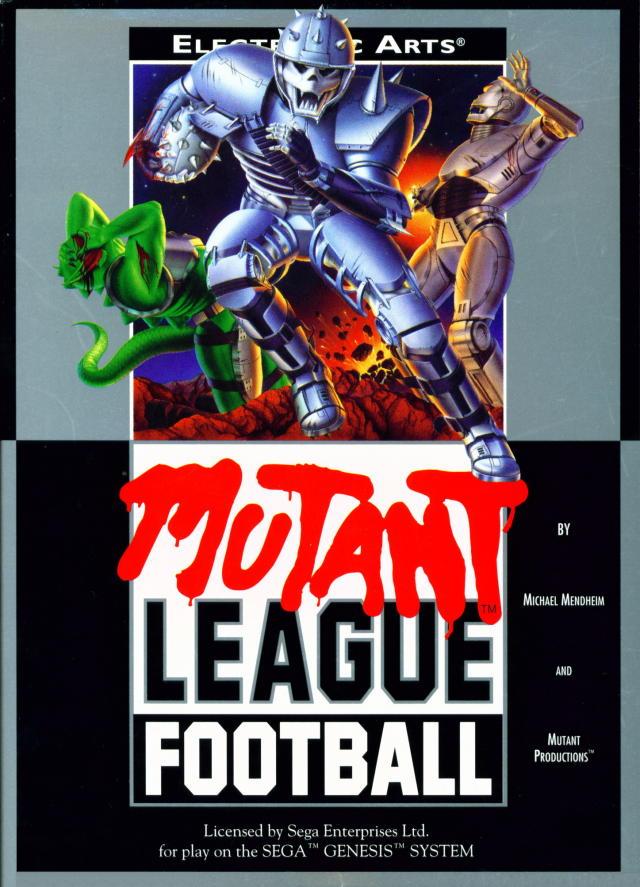 AQ: Mutant League really capitalized on a love for mutants back in the day, with those crazy ninja turtles and other scientifically fictional characters that the younger generation back then found it easy to relate with. Whether or not they would receive as much attention these days is questionable, and when games make a return after many years of being out of the market, they have to be done right. They would have to hold true to what originally made them such fun games to play, yet bring about a present flavor that would enhance the game in a way that couldn’t be done before.

With NBA JAM, the development team had the right idea, ensuring many facets of the game stayed true to the original series. Yet they have added some new twists that really look to improve on the game without taking anything away from what made it a huge success. Add the value of having Mark Turmell, the original creator of the series, as a consultant on the game alongside Tim Kitzrow, the original voice of the game, and it really looks like they’ve got a good thing coming out this fall.

Standard disclaimer: All views and opinions in this interview are Alain's and don't represent the opinions of EA Sports.