Editor's note: Video games have affected many of us outside of just the experience of playing them. Here, Corey shares his personal experience with Halo, and how it brought him closer to his uncle. He reminds me again why I love Bitmob so much. I really enjoy these personal stories that have a hard time finding a place anywhere else. -Jay 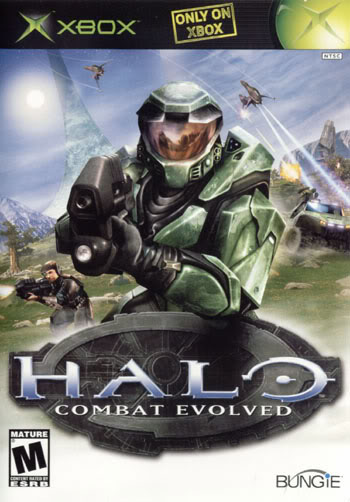 When a game delivers an experience above and beyond what the developers intended, the player enjoys a rare occurrence. I'm not referring to how a game plays, its story, or even its multiplayer offerings. What I am talking about goes far and above those disparate pieces. Sometimes a game can bring people together in special, interesting, and sometimes unexpected ways. It can offer those who are present an experience they will never forget.

For my example, allow me to take you back to early 2002. I’m 16, and I’m visiting an uncle, who is a gamer and an uber nerd. Little did I know at the time, he had an Xbox and a copy of Halo: Combat Evolved. Now, at this point in my life, I’d heard very little about the Xbox and even less about Halo. Before I could shut the front door, he barked at me “Sit down right here, hold tight, and enjoy”. These kinds of orders never came from him, so I was curious. Additionally, there was a box of left-over pizza, so how could I not obey?

I followed his order and took my seat on the couch in front of his brand-new plasma television. He fired up the console, stuck the disc in the tray, patted me on the back, and said, “Have a good night”. As I turned my head to follow him into the kitchen I heard monks begin to blast from the surround sound. The room was suddenly bathed in light emanating from the screen that read “Halo.” My interest peaked 30 seconds into the first cutscene. I didn’t know much, but I knew it involved space, an ominous ring, and what appeared to be a tense situation. I was hooked.

I played from 9 o’clock that night until 8 a.m. the next morning. I managed to complete the campaign on Heroic difficulty, and I was sitting on the couch mulling over the events that had taken place the night before. When my uncle walked into the room he asked me how it was, I thought a moment and responded with “I played the entire night, and I’m in love”. He laughed, and we spent the rest of the weekend playing through the campaign, co-op, on legendary. It was one of the best weekends of my life.

Now, you might be wondering why I decided to share that story. The first night I played Halo sticks with me to this day. I remember every detail as if it took place last night. Moreover, for the rest of 2002, until September when my uncle passed away, we spent every single weekend playing Halo. The game brought us together in a way I could never have imagined.

Somehow, every single time we played was better than the last. The game allowed us to bond in a way that I never thought possible. Until that point, I never thought of a game as a means to interact with people in ways other than multiplayer. It ended up being the perfect combination of playing a great game for the first time and in the right context. Everything about that weekend just felt epic.

In late 2002, I decided to seek out others who shared in my new found passion for Halo. After finding a couple of fan sites, I stumbled upon Bungie.net, home of the developers. Little did I know that within a few short months, the forums on that site would become my new home — a place to share, discuss, and geek out over anything Halo.

The community was small at the time. Everyone knew each other by name and we all got along swimmingly. In fact, a lot of people on the forums set up LAN parties that other forum members attended. This was a new concept to me. I never really considered going to someone’s house and playing a game with people I’d never met. But somehow, it felt right. We all loved this game, and that’s all that mattered.

The community on Bungie.net came to fill the void left by my uncle's passing. All of these people shared my passion about the game, the story it told, future iterations, and Bungie itself. It was awe inspiring to be part of a group of people that felt the same way about Halo that I did. Even now, as I think about, it I am welling up. It means that much to me. 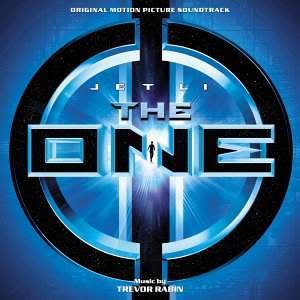 When I think about what Halo has brought to my life, I get this immense feeling of joy, and even pride. It allowed me the opportunity to meet amazing new people, take part in a passionate community, and to connect with a family member I would never have bonded with otherwise. I can honestly say it has enriched my life far beyond any other game. I’m not saying Halo is the only game that could have done that, it just happened to be “THE” one for me.

If and when you ever encounter a game that offers you what I’ve talked about, covet it, and try to share with a friend, family member, or a complete stranger. Get people involved and share in the experience. It’s a rare occurrence and a great feeling that should be had by as many people as possible.