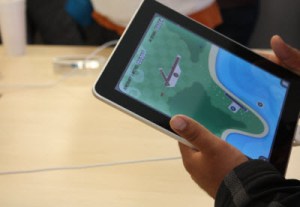 Less than a month after Apple’s iPad hit the 1 million units sold milestone, the company is now reporting that it has crossed the 2 million mark in less than 60 days since its April 3 launch.

The sales numbers aren’t exactly surprising. Just a few weeks ago, we reported that the iPad was still tough to find in certain Apple and Best Buy stores, and an analyst report showed that the device was outselling Apple’s entire selection of Mac computers (combined). Apple also launched the device on May 28 to a very eager international audience (it was delayed for a month), and sales from the weekend likely helped drive the iPad to 2 million units sold.

While sales of the device have certainly continued strong since last month, we still don’t know if developer interest has followed suit. Apple ended up copying most of its latest press release from the one it sent out last month, which stated that over 5,000 iPad applications were available at the time. Perhaps there wasn’t a significant enough change since last month to report (which in itself would be an interesting development), or maybe the PR folks just forgot to update that portion of the release.

We’ve asked Apple for further comment on the application numbers and will report more when we hear back.